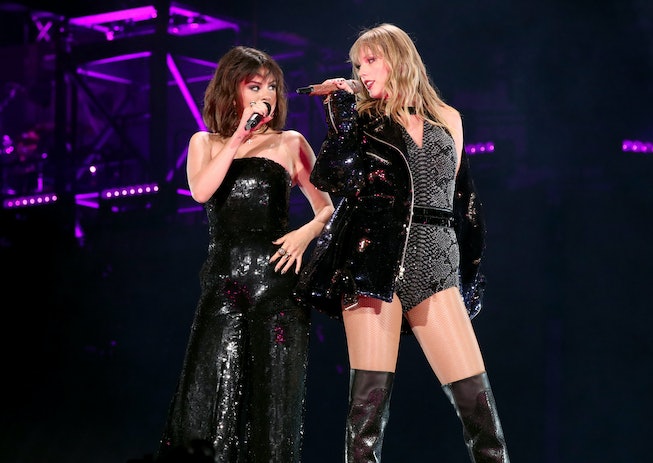 Music documentaries illicit a fair eyebrow raise. They often come off as puff pieces, designed to dangle a celebrity’s humanity in front of us only to sell albums. There’s nothing wrong with this, but every once in awhile, a music documentary comes that blows the lid off the format and reveals a vulnerable, human truth about an artist. Such is the the intention of Selena Gomez: My Mind and Me, a documentary on Gomez’ struggles with mental health that debuts Nov. 4 on Apple TV+.

It’s said to be a stunningly candid documentary that captures Gomez in raw moments of dealing with her bipolar diagnosis: including moments of her lashing out and dissociating and falling apart. In a Rolling Stone cover story, Gomez divulged all the emotional details that went into the making of the documentary, and her own life.

You would never know it from looking at, say, the photos from her 30th birthday, which was attended by Olivia Rodrigo, Billie Eilish, and Cara Delevingne, and Miley Cyrus (“f*cking love her” Gomez said), but Gomez told Rolling Stone she has found it hard to make friends in the industry and has often felt isolated — particularly from friends she had growing up in Texas. She said she only considers one person in the industry to be a real friend: Taylor Swift.

“I never fit in with a cool group of girls that were celebrities,” she told Rolling Stone. “My only friend in the industry really is Taylor [Swift], so I remember feeling like I didn’t belong. I felt the presence of everyone around me living full lives. I had this position, and I was really happy, but … was I?”

The documentary will offer a raw look into the feelings of unhappiness and emptiness of which Gomez speaks. Gomez was inspired to be the subject of her own documentary after watching Alek Keshishian’s 1991 Madonna documentary Madonna: Truth or Dare. After Keshishian directed Gomez’ 2015 video for “Hands to Myself,” they started talking about a documentary, but Keshishian wasn’t interested in doing another musician documentary. According to Rolling Stone, he wanted to capture Gomez’ transition from young pop star to artist. What it ended up being was a full-access film that is so raw it almost didn’t get made.

“I’m just so nervous,” she said in the interview. “Because I have the platform I have, it’s kind of like I’m sacrificing myself a little bit for a greater purpose. I don’t want that to sound dramatic, but I almost wasn’t going to put this out. God’s honest truth, a few weeks ago, I wasn’t sure I could do it.”

Elsewhere in the interview, Gomez confirmed that her next album is well in the works with 24 songs already written and soon-to-be recorded by the end of the year. The album will likely be lighter in tone than the documentary, she appeared to suggest. “I feel like it’s going be an album that’s like, ‘Oh, she’s not in that place anymore; she’s actually just living life,’” she said.

Selena Gomez: My Mind and Me is on Apple TV+ on November 4. You can watch the official trailer here: