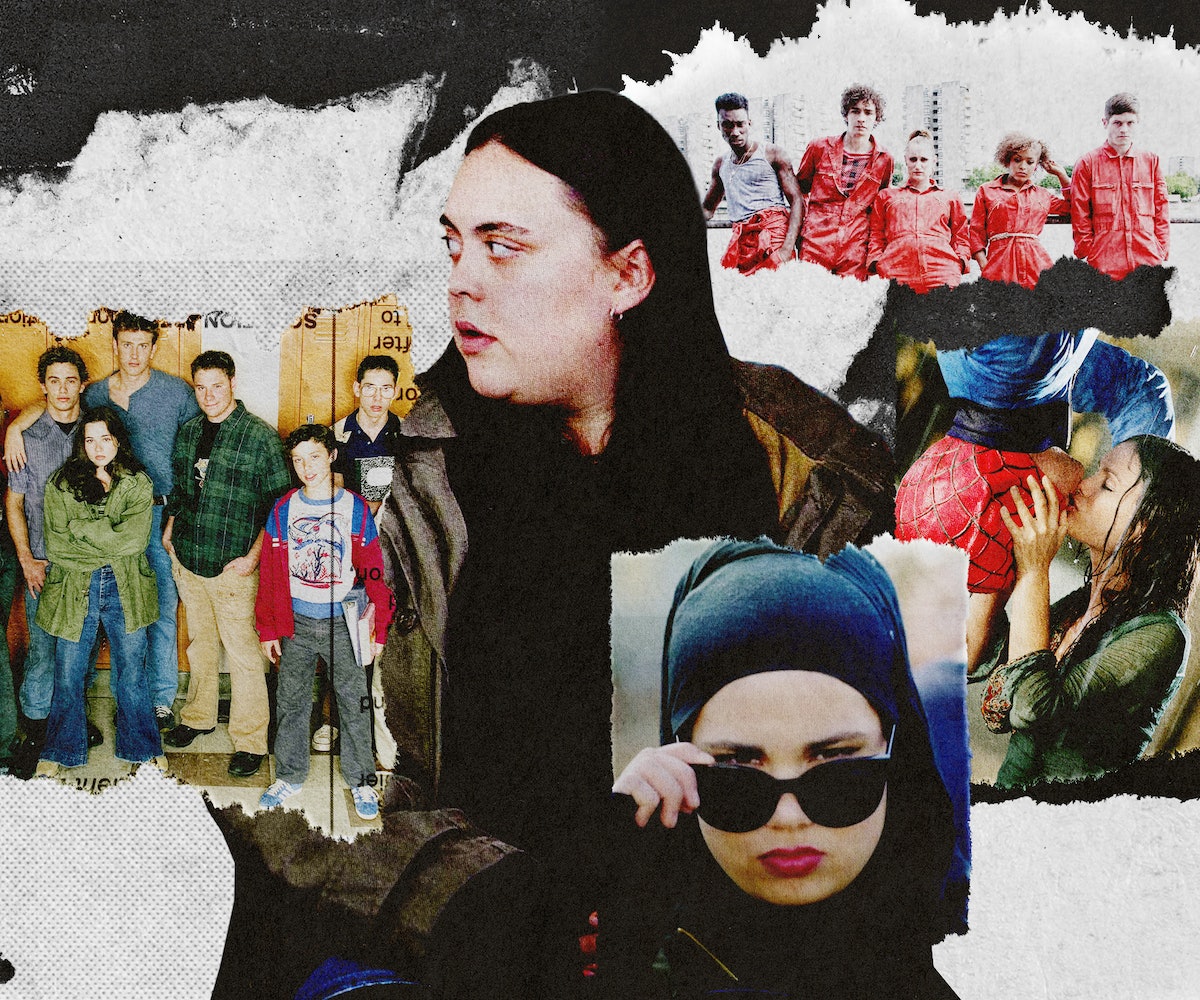 While Euphoria is in a league of its own when it comes to shows that feel like stunning, hour-long music videos, teens being bad and f*cking up while dressing well is a formula perfected long before Rue Bennett was merely a line of crushed up pills in Sam Levinson's mind. Gritty angst, growing pains, battles with addiction, bad boyfriends and even worse friends make for shows that stand the test of time and streaming service clashes.

If the end of Euphoria Season 2 (and its rumored 2024 Season 3 return) have left you with a dull, achy void in need of dysfunctional teenage antics, fear not. From UK’s finest degenerates to animated satires to a civil war period piece with a twist, find the best shows to watch to get your Euphoria fix, below.

As far as compelling protagonists go, Rae Earl stands supreme. At the start of the series, she’s 16 years old, 16 stone (approximately 233 lbs), and fresh out of a stint at the psychiatric hospital. Rae narrates the series and documents her new life in her therapy-mandated diary; her attempts to impress new friends and navigate her mental health and body image issues don’t feel like an after-school special. Rae’s struggles and triumphs are an emotionally resonant experience, one that comes with the added bonus of laughing until you cry. (Hulu)

Being a teen can already be hell on earth, especially when you’re growing through it in the midst of a violent ethno-nationalist conflict. Derry Girls is not only laugh-out-loud funny, but it also doubles as a history lesson on The Troubles. I’d like to see the students matriculating Euphoria High to survive the wrath of the nuns at Our Lady Immaculate College and dodge the IRA. (Netflix)

Few shows blur the lines between reality and fiction like Skam. The Norwegian series was released in real-time; if a scene took place at a Saturday night rager, a clip went live online shortly after. The characters — not the actors — maintained Instagram accounts as the show aired, updated in real-time as the season’s plots unfolded. Skam takes Euphoria’s original character spotlight episodes further by focusing on one character at Hartvig Nissen, a real public school in Oslo, per season. Skam means “shame” in Norwegian, which sets the tone of what to expect: falling in and out of love, fitting in, and the bravery it takes to truly be yourself. (Streaming Skam is a bit byzantine, but the fans thankfully have you covered here.)

You want teens f*cking and sucking, stealing, and blacking out on their friend's stepmom's painkillers in Tijuana? Look no further than the wealthy — and often neglected — children of Newport Beach. And as a bonus, The O.C. has no shortage of prime 2000s fashion to satiate any sartorial yearnings. (HBO Max)

Mysterious Skin may not be a TV show, but it’s still a seminal watch when it comes to f*cked up teenagers navigating a f*cked up world. Gregg Araki's adaptation of the novel of the same name follows two teenage boys in the years following a childhood trauma — one becomes obsessed with alien abductions, the other becomes a promiscuous john — for a gorgeous and sensitive viewing experience. (Amazon Prime Video)

At the intersection of period piece media and Apple TV shows you've actually heard about is Dickinson. The show follows a (mostly) historical account of Emily Dickinson as a teenager fighting against the norms of society, gender, and family and turning into one of America’s most legendary poets. Dickinson also stands out from the typical period piece show with its modern sensibilities: characters chat in modern slang, there’s a contemporary soundtrack, and Wiz Khalifa shows up once in a while as death personified. (Apple TV)

The prestigious Las Encinas school in Spain gets turned upside down when three working class students enroll, and like the frothiest of teen dramas, it leads to murder. Private school terrorism at its finest! (Netflix)

The blueprint. Skins has its DNA all over Euphoria. The naughty lads and birds of Bristol did it all first, and guess what? They did it better. (Hulu)

What if everyone on Euphoria was a lovable outcast? The cult favorite was unjustly cancelled after one stellar season, but the episodes that made it to air have more heart than shows with multiple season runs. (Hulu)

Five juvenile delinquents with nothing in common are forced to do a community service project together. What initially seems like a drag changes when a freak electrical storm passes over the town — bringing superpowers with it. Each teen now has a comic-book level superpower: invisibility, going back in time, and even imparting lust with a single touch. Along with their community service duties, the misfits now have to figure out how to control their powers and why they were given them in the first place. Misfits may have a silly premise, but the show delivers on sharp British comedy and downright chilling storylines. (Tubi)

Angst and uneasiness don’t always stay within the confines of high school. Case in point: Please Like Me. The Australian show’s twenty-something protagonist Josh’s first decade of adulthood is a mess. After being dumped by his girlfriend, he realizes he’s gay. It’s enough of a shock to send him back to living at home with his mother, who’s also recovering from a recent suicide attempt. Josh is self-centered, emotionally stunted, and funny as hell — in other words, the ideal lead. (Hulu)

The fanfare around emotionally unavailable menace Nate Jacobs is nothing compared to the legacy of Jordan Catalano. My So-Called Life met the same one-season fate as Freaks and Geeks, but the unfiltered teenage angst of Angela Chase is forever. (ABC)

For the scolds who are constantly talking about how Euphoria should be set in college, hop across the pond for Fresh Meat. The series follows the lives of six Manchester Medlock University students living in off-campus housing. All the core tenets are hit: financial hardships, hedonism, and partying. But unlike Euphoria, the characters in Fresh Meat actually so give a sh*t about their grades and job prospects. (Hulu)

When it comes to high school satires go, no one outdoes Daria. The seminal animated MTV show has much more levity than Euphoria, but if the headier discussions within the latter appealed to you, the musings and observations of Lawndale High School’s most jaded student will be a great match. (MTV)

Degrassi: The Next Generation

The Manny Santos-Maddy Perez connection has been well-documented. Need I say more? (Tubi)

Yes, Riverdale. It’s essentially the same show as Euphoria, except for the fact that Riverdale acknowledges that it’s full of demented storylines and not a dramatic masterpiece. Get over it! (Netflix)