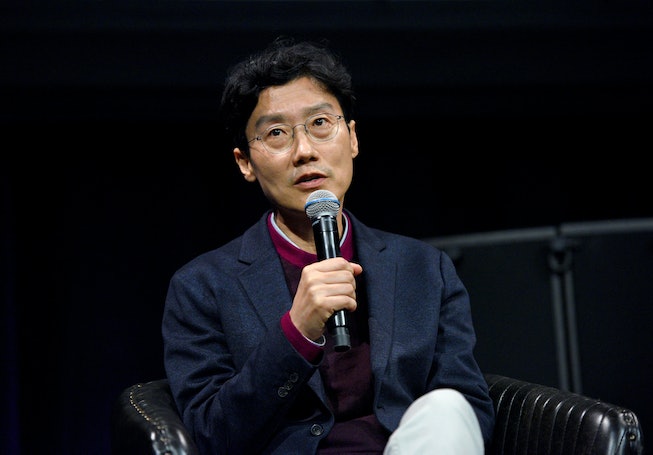 Remember that week we all sat mouths agape, hands covering our eyes while watching the wild violence of Netflix’s Squid Game? The show was the streaming giant’s most popular ever, raking in a massive 1.65 billion viewing hours in over 142 million member households worldwide, and for a minute there, there was little to read on the internet that didn’t have to do with the show. (A glorious time before it was filled to its breaking point with discourse relating to Will Smith’s palm.) Now, Squid Game’s creator is promising a feature that’s even more dark and violent than the show that made him famous. Hwang Dong-hyuk is developing Killing Old People Club, inspired by a novel by the Italian intellectual and essayist Umberto Eco.

It’s pretty clear what the film is about from its title, which is so on the nose that could be an Onion article or a misguided April Fool’s joke. Still, older adults are one of the groups of people it’s unfortunately still socially acceptable to actively mock, or at the very least, patronize. This tendency, besides being rooted in ableism, comes from a fear that you, too, will one day become old — a fear which Hwang’s film will capitalize on.

During a session at MipTV, the Spring International Television Market event, Hwang, along with his producer Jun Young Jang, shared he has already penned a 25-page treatment about the project, which has the working title K.O. Club.

“It will be more violent than Squid Game,” Hwang said, adding that is will surely be “another controversial film,” — so much so that he mentioned he might have to hide from old people after the film comes out.

Hwang is also working on a second season of Squid Game, which was renewed in November. At the time, he said, “I have a very high-level picture in my mind, but I’m not going to work on it straight away. There’s a film I really want to make. I’m thinking about which to do first.” It sounds like he’s going to make K.O. Club, first; at MipTV, he shared he hopes to have Squid Game Season 2 on Netflix by the end of 2024.

In the meantime, you can watch another one of Hwang’s films, including Miss Granny, Silenced, and The Fortress, all of which are currently streaming on Netflix. Or you can always wreak havoc on your nervous system and rewatch Squid Game.