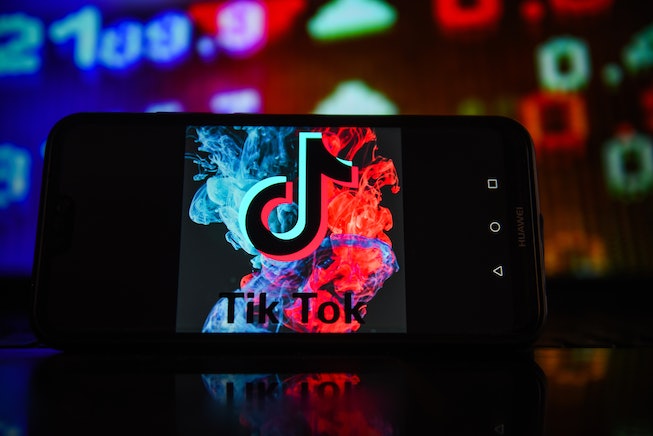 It already feels like TikTok is inescapable — but soon, content from the addictive app that’s making us lose sleep, learn dances, and require hospitalization, could now be coming to restaurants and waiting rooms across the world.

As reported by TechCrunch, TikTok is partnering with Atmosphere, a startup that offers ambient content to play in the background of hotels, restaurants and waiting room TVs in places like Taco Bell, Texas Roadhouse, Burger King, or Meineke Car Care. TikTok will now get its own dedicated channel on the platform where a team will curate tens of thousands of videos for viewers. One unique thing about Atmosphere is that it strips its videos of sound as many places keep their TVs on mute, which, if you’re getting tired of the TikTok robot voice that reads all the captions, might not be the worst thing in the world.

And though they’ll likely be passive consumers, a lot of people are going to see these TikToks. According to Atmosphere, the company doubled its footprint in the last year to over 19,000 restaurants, bars, gyms, doctor offices and other venues worldwide — and more than 20 million people each month see the videos, which include viral-video compilations and clips featuring extreme sports, lifestyle, art, ambient nature, and entertainment.

Of course, this isn’t TikTok’s first foray into being seen on bigger screens aka infiltrating our lives even more. The company already has an app called TikTok TV for Amazon Fire TV, Google TV and other smart TVs. I don’t know how much more we need to be watching TikTok videos than we already are, but at least the new platform will get you out of your (oftentimes intensely personal) algorithm for a few minutes.

The other big question is how will this affect creators? The Atmosphere team connects with the creator to get permission to use the video, but, at least for now, creators themselves do not get paid. Instead, Atmosphere offers creators a chance to “grow their brand,” but there is certainly a difference between your video only being accessed on someone’s personal device vs. being broadcast in a Burger King.

Atmosphere CEO Leo Resig predicts that in the future, creators could possibly be tapped to create content specifically for the TikTok TV platforms.

“Will creators create content specifically for TikTok’s TV activities in the future? Absolutely,” Resig told TechCrunch. “Once it becomes ubiquitous, those who create content will see value in the native app, and separately the TV format.”

Good luck explaining the Gordian knot of TikTok creators who specifically create TikToks for TikTok on a TV screen as opposed to a phone screen! In the meantime, read what TikTok creators are predicting trend-wise for 2022.