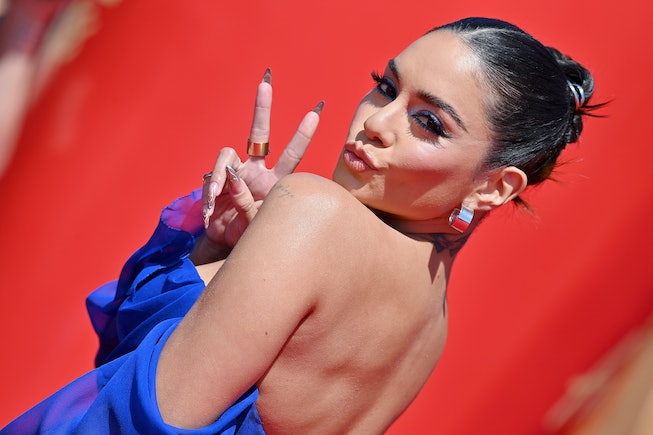 There’s something about former Disney Channel stars and a sudden pivot to ghost-hunting. Last year, Demi Lovato released Unidentified with Demi Lovato, a reality show meets docuseries on Peacock about her extra-terrestrial and ghost-hunting adventures. Now, Vanessa Hudgens is releasing a reality movie based on her spiritual witchcraft journey to Salem, Massachusetts, which is being described as The Craft meets The Simple Life.

As reported by Variety, the unscripted film Dead Hot: Season of the Witch highlights the High School Musical actor-turned “Sneakernight” singer’s journey along with her best friend, musician GG Magree, as they learn about witchcraft, ghost hunting and connecting with the spirit world.

The 90-minute reality film is currently in post-production after Hudgens and Magree recently completed eight days of filming over the course of their trip to Salem. It is described as an “intimate journey into the supernatural realm” that serves as a “coming-of-age story that explores identity, feminine power and sisterhood.”

Hudgens has apparently flirted with the paranormal for awhile now. Earlier this year on The Kelly Clarkson Show, Hudgens said she talks to ghosts. “I’ve accepted the fact that I see things and I hear things,” she said in April. “The unknown is scary. But I recently was like, ‘No, this is a gift and something that I have the ability to do, so I’m going to lean into it.'” Leaning into it she is, and for our benefit nonetheless!

“They’ve been doing little spells since they were kids, and they were just really interested in that world,” said Julie Pizzi, president of Bunim-Murray Productions, who is distributing the film. “It’s entertainment first, but there’s a real, personal, spiritual journey that they both have together. It’s so emotionally raw that it really created such a beautiful narrative. It’s a lot about female empowerment.”

We don’t know yet when Dead Hot will be released, but we’re crossing our fingers for a Halloween release. In the meantime, you can take in the Buffy the Vampire Slayer meets modern gothic beauty that is the promo poster, featuring Hudgens in baby buns and a cropped white tank, with Magree rocking parachute pants and a rosary. There is, because of course there is, a pentagram emblazoned in the “O” of Dead Hot.”

NEXT UP
Ask A Witch
Ask A Witch: How To Survive The Holidays With Hoodoo Magic
Culture
The Celebrity “Nepo Baby” Obsession Doesn’t Matter
Culture
Lindsay Lohan’s New Style Era Is Sweet Redemption
Culture
A Third Princess Diaries Film Is In the Works