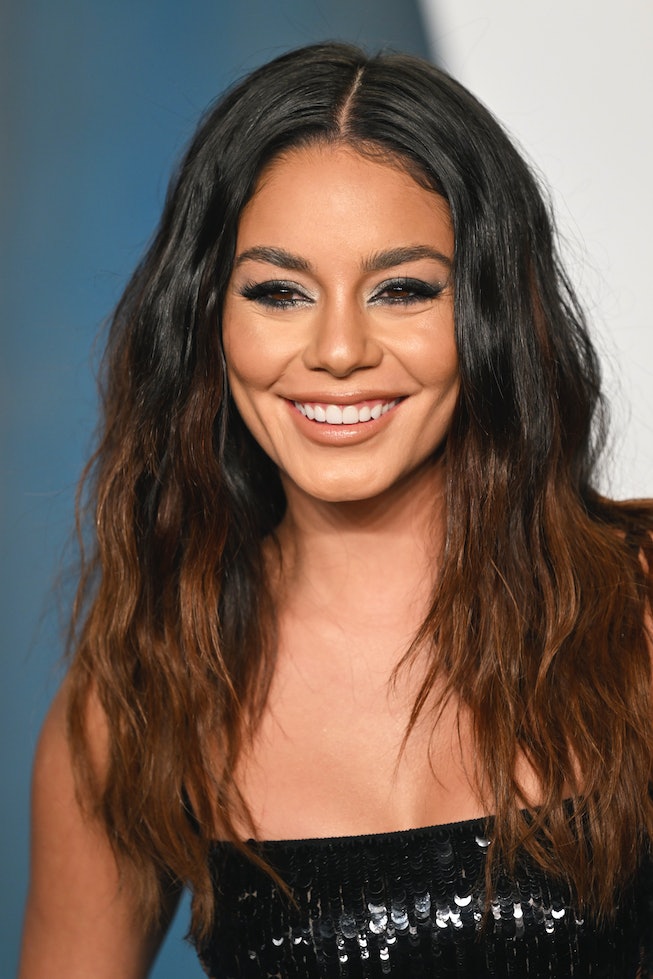 Celebrities are really leaning into their paranormal side lately. Demi Lovato made a whole show about finding extraterrestrials (just don’t call them aliens, which Lovato says is “derogatory”). Bridget Marquardt and Holly Madison recently shared their stories of ghosts in the Playboy mansion with NYLON. Now, Vanessa Hudgens is sharing her own paranormal talents: she says she can talk to ghosts.

In a new interview with Kelly Clarkson on The Kelly Clarkson Show, the “Sneakernight” singer claimed she has had “a lot” of run-ins with ghosts over the years. “I’ve accepted the fact that I see things and I hear things,” she said Tuesday. “The unknown is scary. But I recently was like, ‘No, this is a gift and something that I have the ability to do, so I’m going to lean into it.'” It’s not clear how she’s going to lean into it, but I would pay good money to see Vanessa Hudgens to contact a ghost for me.

Apparently, Hudgens has been in touch with ghosts for a long time. She recounted an early paranormal experience while she was getting ready for school when she was eight years old. She explains she saw a toy duck with a string you pull to make it walk, walk on its own.

“There was one of those on the dining room table, and I started walking, and it just started going alongside me,” she said. Thank goodness for a non-scary, age-appropriate ghost.

She had another memorable ghost run-in in 2011 while filming Journey 2: The Mysterious Island in North Carolina, where she ran into a “female spirit.”

“I was chasing around my ghost for, like, 10 minutes solid, and then it got way too freaky, and I just left,” she shared. “I feel like [the ghost] might have lost a husband at war and she’s waiting for her man to come back to her.”

Hudgens also revealed that she’s been going on ghost-hunting expeditions. She recently went on her first “real paranormal investigation” and said her favorite equipment is something called a “spirit box,” which analyzes “radio frequencies really quickly.”

She used her spirit box on a recent trip to a cemetery, where she and a friend encountered a "playful" spirit named Sam, who spoke to them through this machine. “We just hear ‘[static noise] Vanessa,’” Hudgens said. “I was like, 'Cool, do you have anything else you want to tell me?’ And I just hear, ‘[static noise] Nope.’”

Finally, Hudgens gave some advice for beginner ghost hunters: if you venture out to a cemetery, you have to make sure the ghosts stay put. “You have to tell them to stay because you don’t want them to follow you,” she shared. Noted.

Watch her interview with Kelly Clarkson, below.