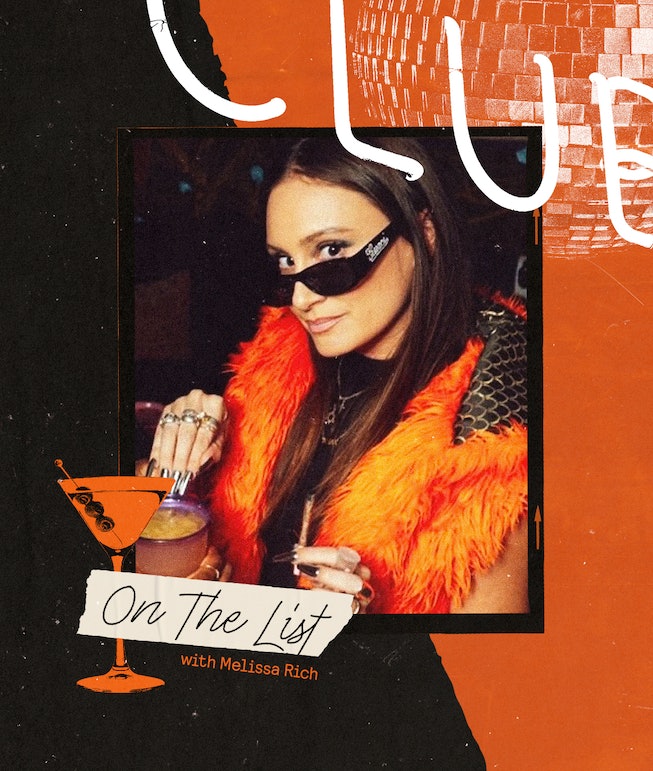 How did I end up throwing an accidental illegal rave for my birthday? It’s simple, really. The restaurant closed and it’s impossible to find a place downtown to bring a group of forty people on a weekend night without paying thousands of dollars for a buyout. (I annually vow to be wealthy the following birthday, so stay tuned for next year!) Plus, there were enough DJs with equipment (some borrowed from a local establishment) and an offer of location, so…

There was indoor skateboarding, upset neighbors, and 311 calls, but ultimately, no one who saw something said something. The guests, the strangers who wandered in, and I greatly appreciated that and the party went later into the morning than my eyeliner wanted to stay on — a rare victory considering the non-clandestine location. DIY has always been a response to what is lacking in established nightlife. In Brooklyn, there’s far more space and tolerance for this type of behavior. I went to a party last month at a warehouse spot I used to frequent five years ago, almost forgetting how easy it is there with less residential real estate. (It used to have this kind of shipping container pool, if you remember…like a Bushwick Le Bain, very HBO’s Girls.) In Manhattan, between venues closing for various reasons — expensive new developments, climbing rent prices, angry people trying to sleep — and the precarious nature of current DIY nightlife is pinched into whatever space we can find. When one club closes, where do its children go?

Downtown DIY took a huge hit when the city announced they needed to “lift up” the East River Park. “Umm…” everyone said, before finding out it was because of climate change and the park’s waterfront setting. The biggest casualty in the ongoing construction commotion was, of course, the East River Park Amphitheater. This sacred space was home to many memorable illicit gatherings. It brought a spontaneous, accessible DIY feel and parties where DJs would carry their equipment further down the park and keep playing after the cops came. Maybe it’s the combination of losing this space and losing some level of necessity…was this DIY moment simply the answer to the lockdown aftermath?

If that’s the case, venues become even more vital. The hole that China Chalet left in Lower Manhattan hearts after its 2020 closing will never be repaired, though its quintessential party, Club Glam has found a new FiDi home, and even recently ventured to Midtown. The Lower East Side’s Max Fish closed, as did Beverly’s, which provided a much missed balance to its dark, raucous next-door neighbor, Clockwork. Party girls may argue that its closing vastly contributed to the flooding of the now deluged Clandestino. In the non-mega-club club scene, the owners of Flower Shop and Little Ways, Dylan Hales and Ronnie Flynn, opened Loosie’s, a reply to the persistent question, “Where can we go to dance?” They refitted the lower Moxy Hotel space to create a proper club, complete with servers carrying bottles in the air, and with a proper dance floor: a shockingly rare feature downtown.

This weekend, the Jane Hotel’s club, one of said dance floors, is slated to change management. This hotel housed literal survivors of the Titanic in 1912, but the real history lies in its early celebrity-filled ragers that caused it to close briefly in 2009 for pissing off its West Village neighbors. Imagine looking out your window and seeing Mary-Kate Olsen and Kirsten Dunst smoking cigarettes…and deciding to call the cops. The anti-party Jane Street Neighbors United was the same coalition who got the Paul Sevigny-owned Beatrice Inn raided and closed that year, leading to the infamous “Free the Beatrice'' party at the Cooper Square Hotel, proving the best effort to save a party is to have another party. Even clubs within the establishment struggle to stay out of trouble…

So who is the new owner and what will become of this precious space? It was announced in February that Jeff Klein, the former owner of Midtown’s now closed Monkey Bar in the Hotel Elysee, is set to open a New York location of his LA-based social club the San Vicente Bungalows. Maybe I am too eager to groan, as he promises that, “Money doesn’t matter” (except for the $1,800 a year membership fee) and to cater to creative types like “indie and documentary filmmakers,” but do we need another social club that everyone hates yet has a morbid desire to get into?

It feels a bit cringe to say, but wait…is DIY its own type of social club? The general public doesn't necessarily have access; you have to know someone on the inside to even find out about it, or, at the very least, be walking by the right place at the right time. In that way it provides exclusivity and creates mystery for those on the outside who want in. DIY is necessary in the ways that it differs from established clubs. It draws a crowd who is bad at buying tickets for things in advance, or simply doesn’t feel like paying. It’s self-sustaining, which is pivotal to New York nightlife, and gives a middle finger to establishment and capitalism, which is essentially part of the game. There’s a thrill in the potential of getting in trouble that a standard club can’t provide, even when it tries to copycat. It’s less fun to go to a party under the K bridge when it’s at a venue called “Under the K Bridge'' with $40 tickets.

In a positive light, closing venues and restrictions from the anti-fun authorities just demand more creativity in finding new spaces. A few weeks ago, I clomped in my platforms to FiDi to see my friend play hard techno in the back of an ancient Irish dive bar with craft store Halloween decorations and a sweet senior citizen bar staff. A magazine party I attended was at a huge West Village ground floor apartment, somehow with no floors above it. In case of emergency, there will likely be a restaurant in Little Italy willing to open its dining room for after-tourist after-hours. There are thousands of empty commercial spaces near Battery Park City, luxe lofts waiting for a blowout party when the owners are cool with it, or they’re away skiing in Aspen, or something. It might not feel like there’s always a venue, but we take the ones we have, and hope that whenever a club closes, God opens a better one only an Uber ride away.