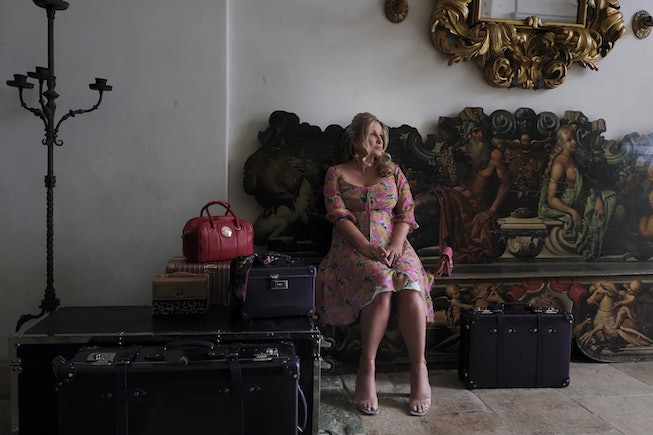 Every vacation has a checkout date, and the time has officially come for the guests of The White Lotus Sicily to get the hell off the Italian island and return to their everyday lives. The White Lotus creator Mike White outdid himself with the Season 2 finale — Lucia and Mia enter the scammer hall of fame, Portia wears one of her ugliest outfits yet, Tanya’s elderly gay posse reveals sinister mob affiliations, and clues from previous episodes tie together in one of the funniest on-screen deaths, which White himself described as “derpy.”

While the gears of HBO’s programming never stop grinding — The White Lotus Season 3 is not only in the works, but White is hinting at a location in Asia to explore themes of “death and eastern religion” — we as viewers must take time to absorb and appreciate the most recent season through culture’s most creative medium: memes. Per usual, Twitter was ablaze with memes and reactions, the best of which are curated for your viewing pleasure, below.

In loving memory of our dearly departed friend

Portia’s hanging up her assistant hat for good

Lucia and Mia are local heroes. Erect a statue of them immediately!

The only person who had fun on their vacation