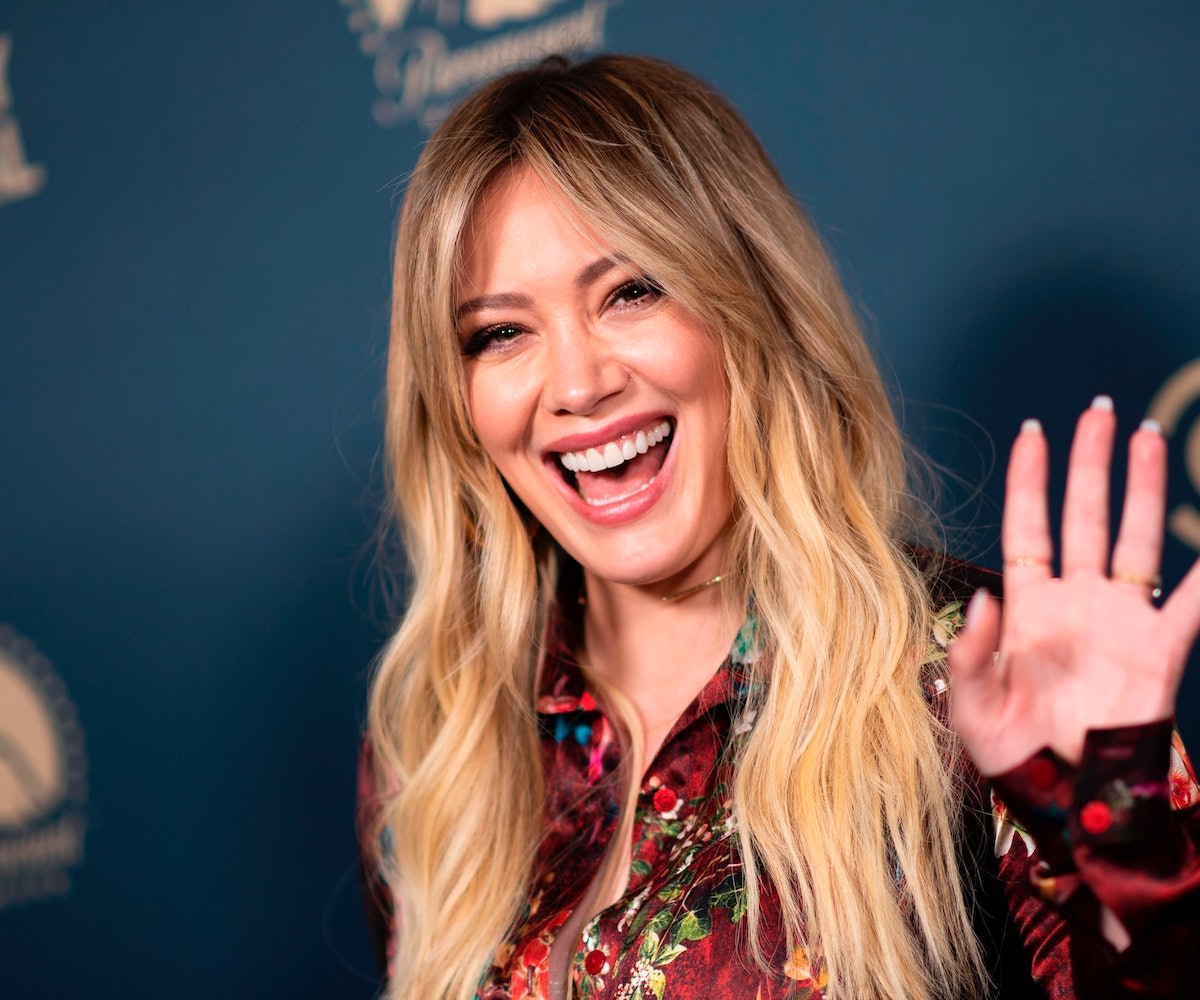 For years now, Hilary Duff has been generous in her patience in talking about Lizzie McGuire in nearly every interview she gives. Whether it’s doing press for Younger or How I Met Your Father, Duff is probably forevermore going to be asked about the job she had when she was 13 years old. I don’t know about you, but if someone asked me about consistently about the competitive cheerleading team I was on when I was 13 years old, I would go berserk. But Duff is a celebrity, and as a celebrity, people feel entitled to her body of work. We love to keep beloved celebrities in little music boxes, winding them up and making them perform old versions of themselves whenever nostalgia strikes.

Duff has been generous with us. She’s talked, at length, in many, many interviews — about why the Lizzie McGuire reboot fell apart. (Namely, because Disney didn’t want Lizzie to be an actual woman in her 30s aka someone who gets drinks and dates around. I’m paraphrasing here.) But in a new interview for The Cut’s In Her Shoes podcast, Duff says she’s sick of talking about Lizzie. After enduring the first four questions of an interview presumably for How I Met Your Father, Duff interjects:

“But by the way, I don’t love to talk about this because the internet seems to explode whenever Lizzie stuff is brought up, but it’s not dead and it’s not alive,” she said. “I think there’s always a possibility there. And even if she’s 40, I don’t think people care. It’s always going to be somewhat interesting to people to see where she ended up.”

Duff isn’t wrong; a generation will always care about Lizzie McGuire. I was obsessed with the show, even recording it on VHS tapes so I could bring it with me to watch when I’d go to my mom’s house each week, where we didn’t have cable. In 2003, seeing a weird nice girl with good friends felt like a big deal, even though she was white, middle class, and entirely average. But Lizzie’s averageness was her beauty: I could relate to Lizzie tripping in the hallway or not knowing how to talk to boys or having to go bargain shopping while girls like Kate were probably wearing Abercrombie.

So when a Lizzie McGuire reboot was announced 2019, it almost felt too good to be true. But nothing gold can stay, and I think we can all ultimately agree that Duff backing out was the move of a capital-A artist more intent on maintaining the integrity of a character than getting the paycheck.

Duff is the single childhood star I can think of who was big and revered who didn’t end up on the cover of People magazine with a DUI. Growing up in the 2000s Bimbo Summit era meant every actress you loved would one day be a cautionary tale. I’d obsessively refresh Perez Hilton to witness Lindsay Lohan, Britney Spears, Mischa Barton and later, Miley Cyrus, “go off the rails,” aka succumb to the psychological effects of a lifetime of intense public scrutiny while the monster truck that is the paparazzi complex was there to witness it — and contribute to it — live. The world held its breath waiting for Duff to screw up (aka take a bong rip?) but it never happened.

Duff went on to have a successful career while staying out of the spotlight. But that’s also because she was aware of the immense pressure she had on her, which she told Bustle in a recent interview, where she said the way we all treated Britney Spears was “so unfair.”

“I knew I had a responsibility. If I found myself in a situation of being drunk at the club, I didn’t want to be on the cover of a magazine like that,” she said. “I kept a low profile, [used] the back door, not the front door.”

She talked about the weight of that responsibility, of being a role model, in her interview with The Cut with a story that needs no commentary:

“I remember I was maybe 18 or 19 on tour and this mother came up to me after a meet and greet and she was like, “Whatever you do, don’t change. Just stay the same.” It was so intense. And she was holding my arms and looking in my face, almost begging me. And I was nice to her face and then I remember going into my dressing room and being like, “Don’t change? Don’t ever change? I’m 18, I’m doing nothing but changing. I’m different.”

Duff said it was shortly after that that she stopped touring and took a break from acting and learn to live alone, which she said helped her immensely. She also had to take a break from Lizzie.

Maybe we feel so comfortable excavating Duff’s past because in the eyes of the public, she never lost her good-girl image. Maybe it’s easy to continue to infantilize a TV star who stayed so close to the cuff of the character they played when they were 13. Maybe she’s simply too much like Lizzie. “Not trying to take all the credit for Lizzie McGuire,” she said to Cosmopolitan early this year. “But I am very much Lizzie McGuire, and she is very much me.”

In The Cut interview, Duff also talked about how, for years, she didn’t want to hear the name Lizzie McGuire, something that changed in her 30s.

“It took a long time for me to love Lizzie again. I would say probably from 20 to 30 I was just like, “‘I don’t want to be called Lizzie. I don’t want to be associated with that,’” she said. “It was just frustrating, I felt stuck. And I worked for many years to do other things. And then, I don’t know, that just really went away.”

So Duff succumbed to the public’s unending interest in Lizzie, and with a good spirit. She’s endured question after question about something she did when she was 13. She’s tried to give us what we want. When will it feel like enough? Maybe the reboot could never happen because Lizzie can actually never grow up — we’re still holding on too tightly to our idea of her.