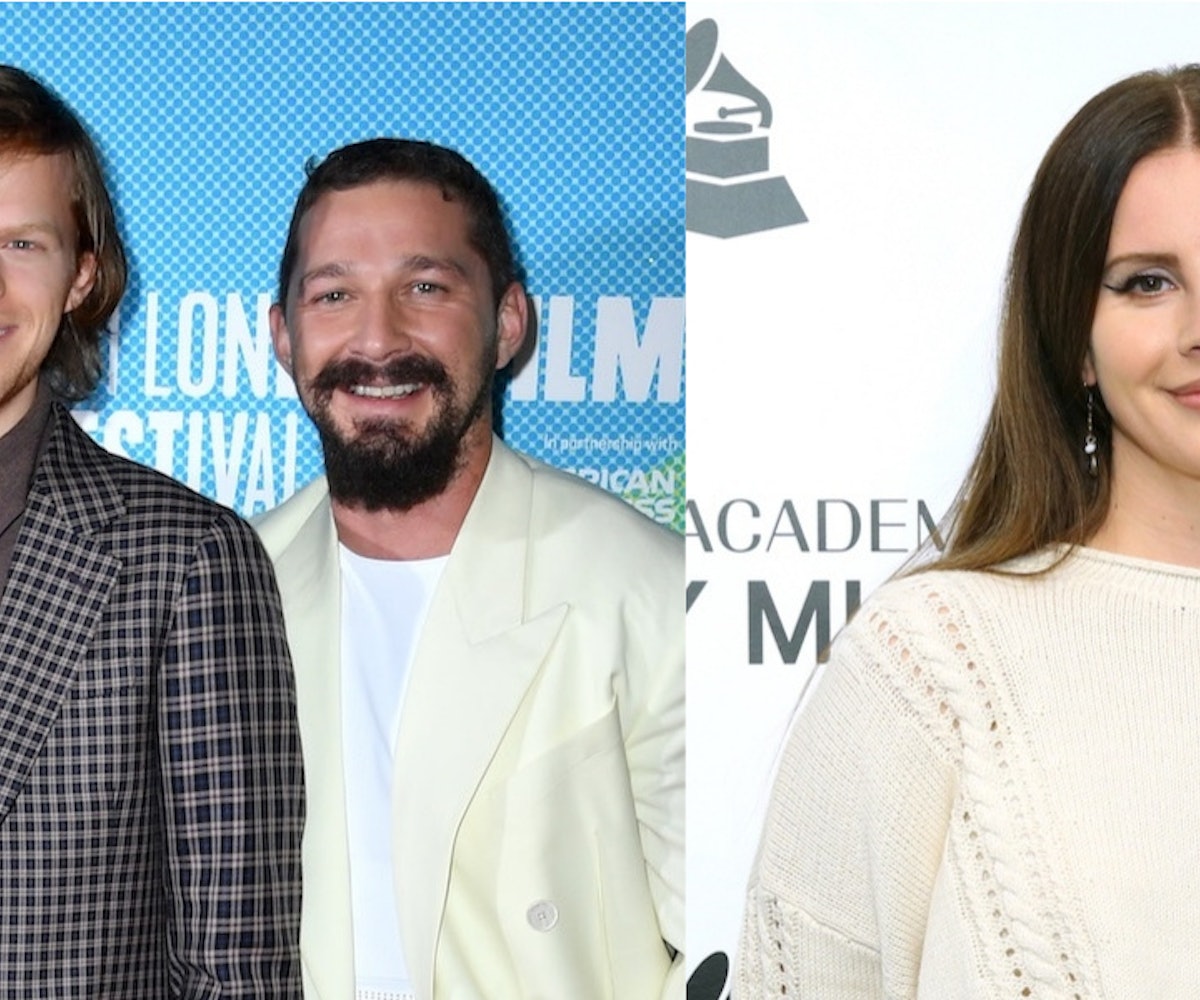 We have found the best scene from the upcoming movie Honey Boy, and it was one that was left on the cutting room floor. On Tuesday, director Alma Har'el shared a behind-the-scenes clip from set featuring Lucas Hedges getting prepared to play Otis Lort (aka a young Shia LaBeouf), singing Lana Del Rey to set the vibe right for the day.

"This scene didn't make it into the film but Lucas Hedges singing Lana Del Rey to get in the zone is my good morning," Har'el tweeted. Though the wind and a brief siren muffle Hedges' beautiful vocals in the clip, you can hear the actor delivering the lyrics "Oh my heart it breaks every step that I take/ But I'm hoping that the gates, they'll tell me that you're mine" from Lana's 2012 anthem "Born To Die."

Honey Boy "brings to life a young actor's stormy childhood and early adult years as he struggles to reconcile with his father and deal with his mental health," per a press release, and is based on events from LaBeouf's real life. LaBeouf takes on the role of his own abusive father, and FKA twigs makes her film debut as Lort's neighbor. As we wait for Honey Boy to finally hit theaters on November 8, watch Hedges sing "Born To Die" below.