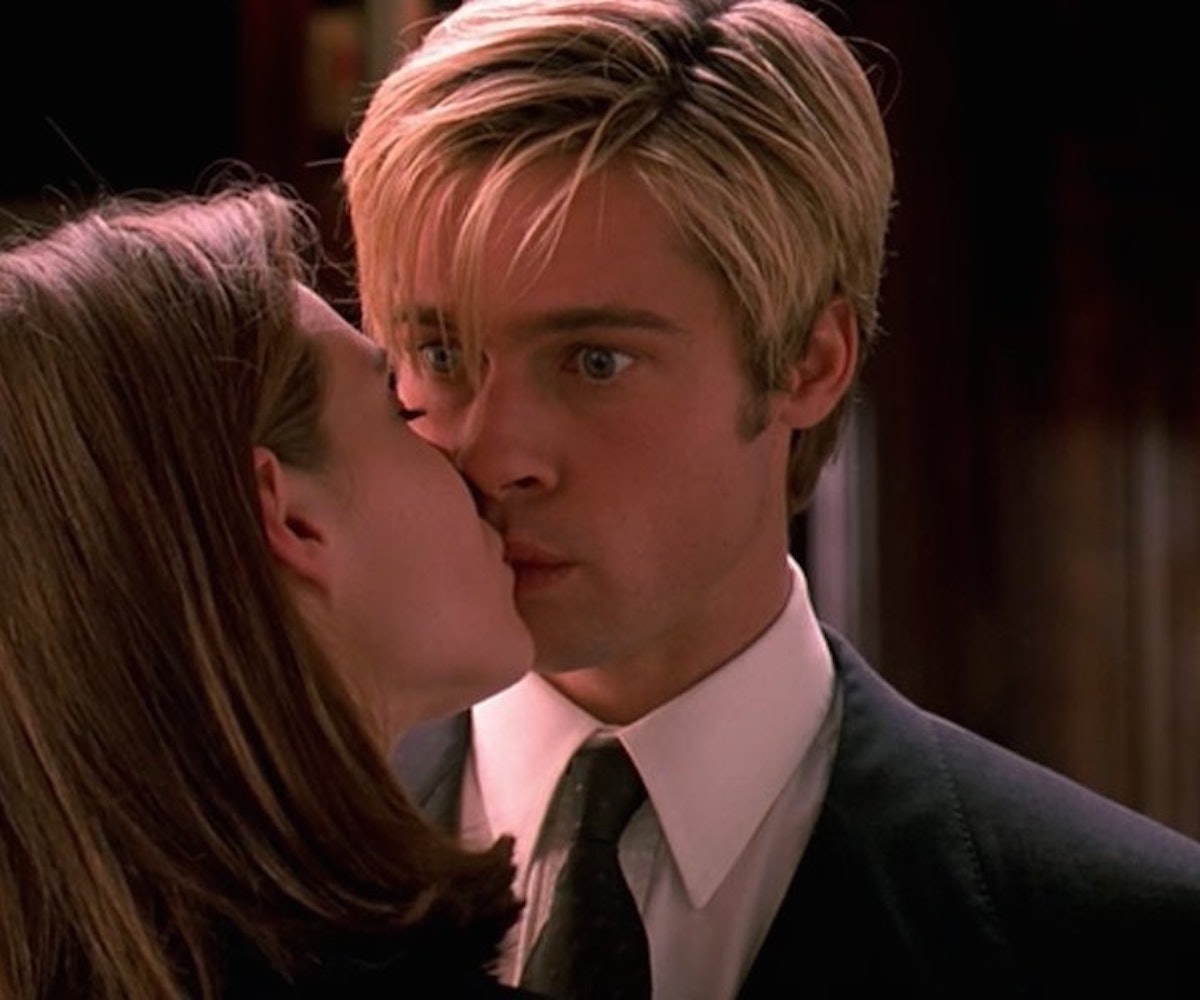 The only good thing on the internet right now is Twitter's (and my) rediscovery (or even just discovery) of the 1998 film Meet Joe Black. In it, Brad Pitt plays the literal personification of death, aka Joe Black, in a love story that goes on for three whole hours.

The newfound attention to the film was sparked by user @ladyastronauty's repost of the film's opening scene, which she aptly declares "is the most bonkers one minute of a movie that I have ever seen."

This "bonkers" minute (which is actually a minute and 19 seconds) consists of Black saying goodbye to Dr. Susan Parrish (Claire Forlani) just after they have met in a coffee shop, not having introduced themselves. You don't know any of that watching the clip, and the lack of context makes this bizarre goodbye scene even more bizarre, as each turns around to catch another glimpse of the other at exactly the wrong moments so that one never catches the other's eye. It's painful timing that just never seems to end... until, that is, it does when Black is hit by not one, but two cars.

While most on Twitter delighted solely on the glorious choreography of Pitt bouncing between cars, others dug up other painful moments from the film, including one where both Black and Parrish share how they enjoy how each other smells.

But then, those who got stuck on the car crash scene or even the Her Smell-foreshadower don't know what happened in the rest of the film, because, as @BenFoldy pointed out, the car crash is "only the second most bonkers" part of Meet Joe Black, the first being the scene where Pitt speaks in patois to an old woman in the hospital who thinks his presence is a sign of black magic.

I honestly can't wait to host a viewing party for this nonsense.