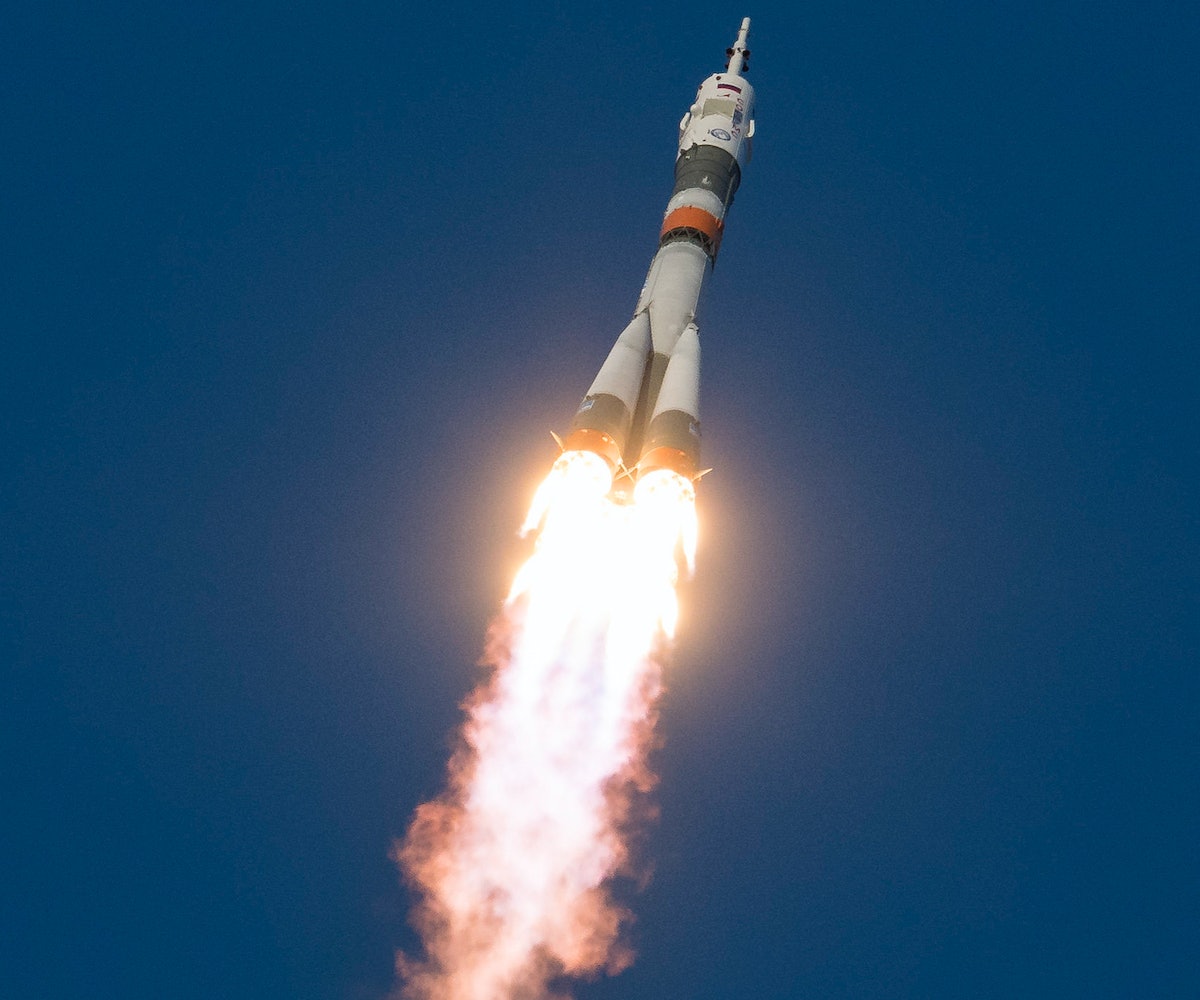 An article published by MailOnline, and syndicated by The Express Tribune, back in 2017 states that NASA believes an all-female Mars mission would be a sexless journey. Now, one year later, Gay Twitter can't contain itself.

The article states, "Speaking at a conference, British astronaut, Helen Sharman, claimed that NASA has filed a report that warns that male and female astronauts could get frisky during the one and a half year journey to the red planet. The report claims that all-female crews would be the best option, as women work better as a team, and are less likely than men to fight over who is the leader." No report is linked or quoted, as according to the article and Sharman, NASA never actually published it.

The article goes on to quote old male astronauts who say they would have had "impure thoughts" had they gone to space with women when they were young, and then investigates how difficult sex in space would actually be. Professor Anja Geitmann of McGill University told MailOnline that the main issue would be "for the partners to try to remain in physical proximity, since one can't rely on gravity to push one partner against the other." Even without men in the picture, it's likely that women could figure out the whole gravity thing.

As for me, if I was stuck in close quarters with any man for that long, the biggest problem I would face is wanting to get as far away from him as possible and having no escape route; definitely not wanting to get "frisky."