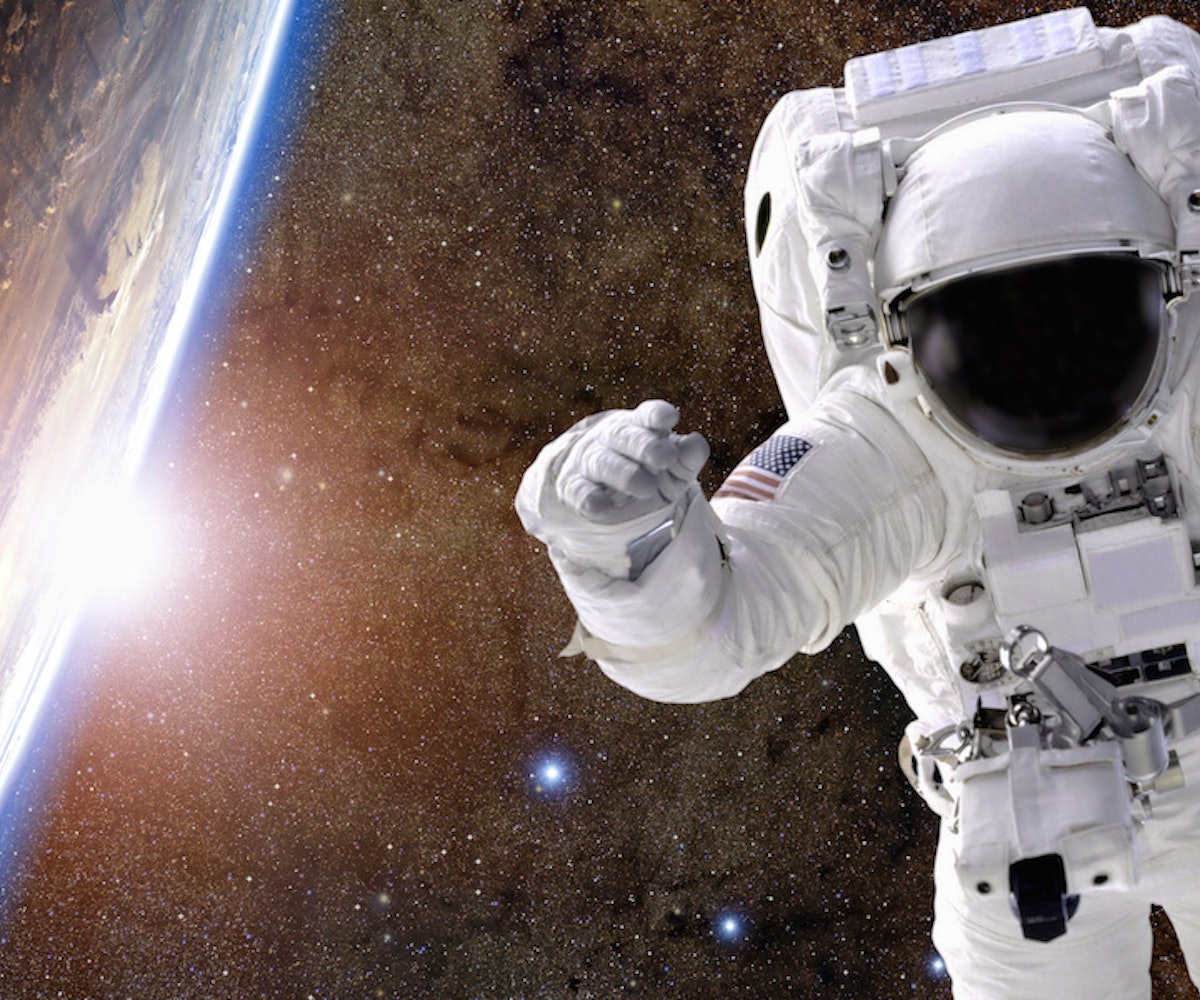 NASA hyped the first-ever, women-only space walk only to realize, just days before the mission, that it did not have the right size space suits to accommodate both female astronauts.

On Monday evening, NASA announced that it would be swapping in a male astronaut to take the place of astronaut Anne McClain. He'll be walking alongside astronaut Christina Koch in order to complete the mission on time. According to The Guardian, McClain had trained in both a size medium and large spacesuit. She'd previously thought the large fit better, but after Friday's spacewalk, changed her mind. Apparently, NASA will only have one medium-sized spacesuit torso made by Friday, and it will given to Koch to wear.

Though McClain's size decision came just a week before the spacewalk, it is unclear as to why NASA did not have other options prepared. And with the fallout of what was meant to be a feminist milestone in space, Twitter users were not happy. "Ariana [Grande] didn't give y'all an anthem to pull this shit," @ira wrote, referencing Grande's recent thank u, next song sharing the name of the space organization. Others called for the fashion world to assist in a time of need, tagging designer Christian Siriano to help whip up some intergalactic magic.

The Guardian points out that only 11 percent of astronauts who have been into space have been women. All other spacewalks performed have been teams of solely men, or one woman and one man. McClain and Koch are only the 13th and 14th women, respectively, to have completed spacewalks.

NEXT UP
Culture
NYLON Party Report Card: Partying With The Stars & 94 Foot Long Whale At The Natural History Museum Gala
Culture
An Exhaustive Breakdown Of The Balenciaga Controversy
Culture
Mowalola Teams Up With Bratz For A Daring, High Fashion Collection
Fashion
Reformation & Canada Goose Team Up To Warm You Up