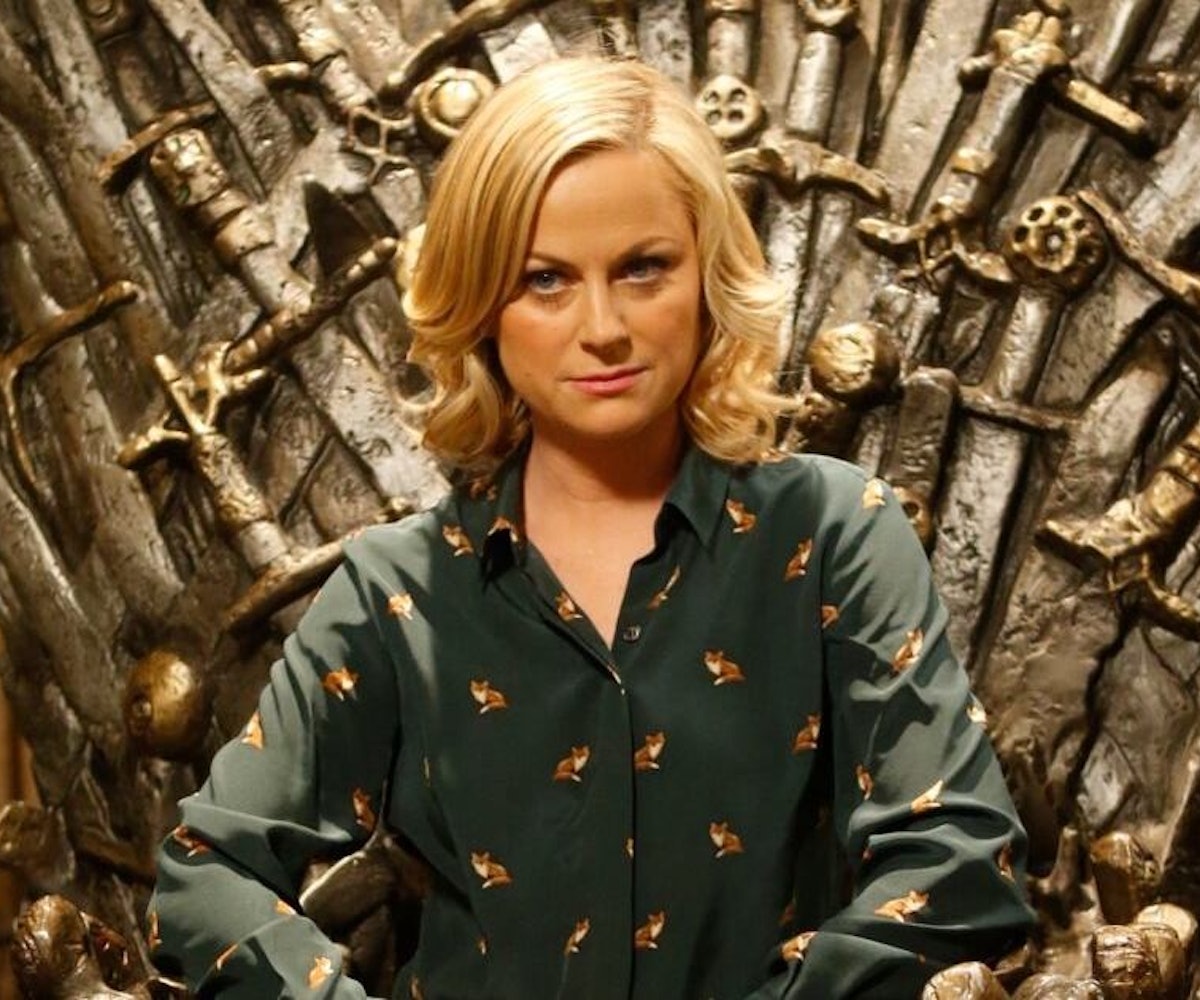 Parks and Recreation may have ended years ago, but Leslie Knope (Amy Poehler) knew exactly how Game of Thrones would come to an end: badly.

During the last season of Parks and Rec, Knope and Ron Swanson (Nick Offerman) were locked in an office to mend their friendship. It was then that Knope cried out that she'd miss the ending of Game of Thrones, in which, supposedly, Khaleesi was to be wed to Pirates of the Caribbean character Jack Sparrow. After hearing those words said out loud, she reflected, "Oh god, that show has really gone off the rails." Her nerdy husband Ben Wyatt (Adam Scott), frustrated, replied, "Look, it makes sense if you've read the books." (Spoiler: it doesn't.)

We should have seen the disappointing close of the series coming: One Twitter user pointed out that GoT "going off the rails" was just one of the many things Parks and Rec got right, also including "The Cubs winning the 2016 World Series," as well as smart watches and an Unbreakable sequel.

In response, one follower pointed out that Tom Haverford tried to get Liam Hemsworth and Miley Cyrus back together, and well, we all know now how they ended up.