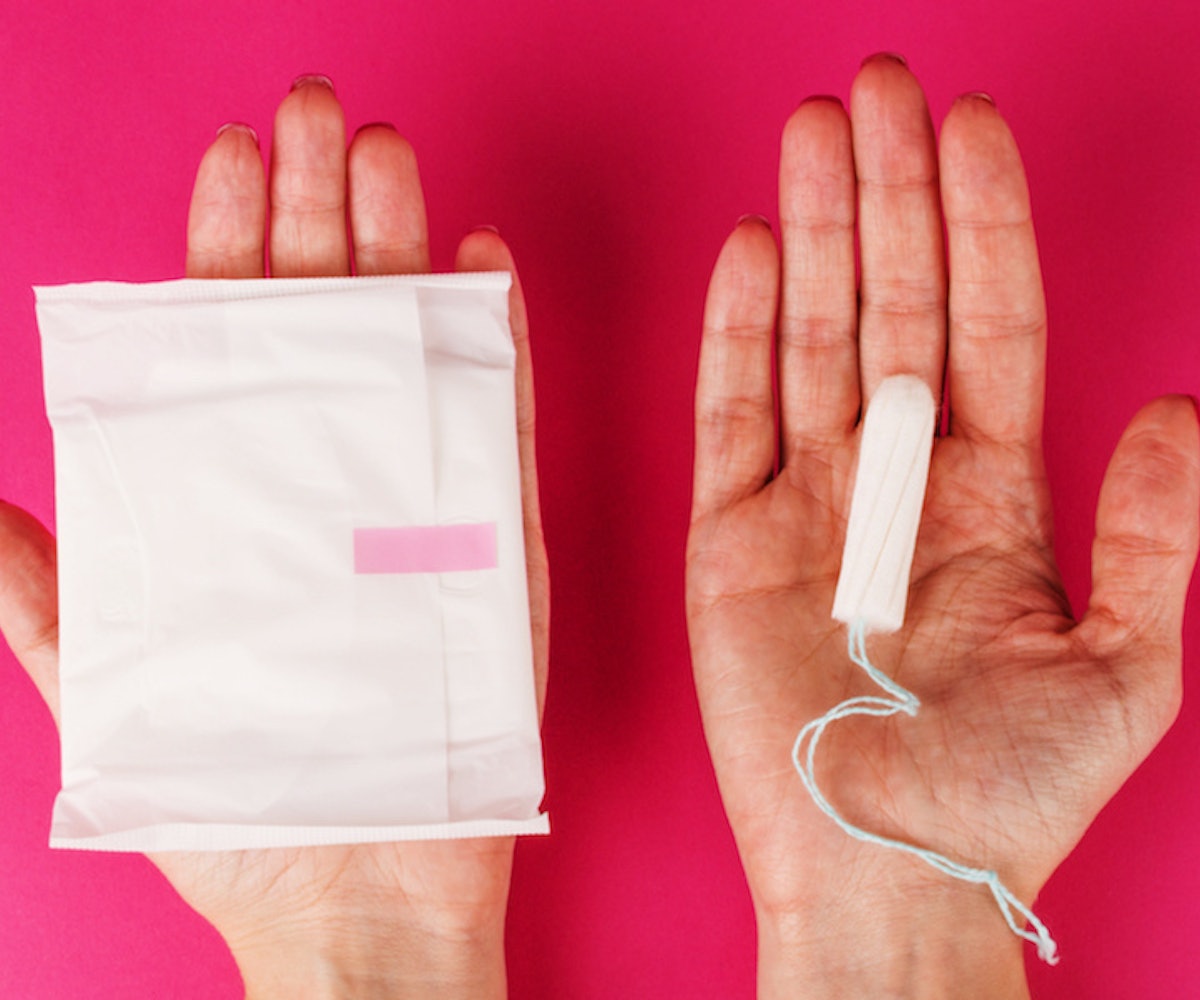 One Republican representative from Maine thinks that unrestricted access to free menstrual care products like tampons and pads in each level of the state's prisons would make the facilities a "country club." GOP Representative Richard Pickett, after being one of four individuals (all Republican) who attempted to vote down a bill ensuring that all women, non-binary, and trans incarcerated people had access to these products at all times without cost, referred to the bill as an attempt to "micromanage" the jails.

Per journalist Alex Acquisto, who was at the Criminal Justice and Public Safety Committee meeting during which this vote took place, Pickett stated, "Quite frankly, and I don't mean this in any disrespect, the jail system and the correctional system was never meant to be a country club." Despite his incredibly wrong opinion, luckily the bill passed six to four.

Previously, Maine legislation ensured free menstrual products to incarcerated people but had loose regulations as to how to procure them and in what quantity. This system, that could put a limit on the number of products one could have each month, clearly doesn't align with anyone whose cycle isn't perfectly regular, but with Pickett being a non-menstruating person, it's not surprising that he wouldn't know or care about that.

Whitney Parrish, director of policy and program for the Maine Women's Lobby, clarified during testimony at the meeting why opening up access further matters. "Without adequate access to clean and hygienic menstrual products, you may face serious health consequences. This happens every single month, and for some with irregular cycles, more frequently. Menstrual products are not a luxury item by any means." Parrish went on to detail the need to weigh the price of additional menstrual products in commissary "against other necessities" when they aren't readily available, which has led many women to "constructing your own menstrual products, using anything from clothing or notebook paper in place of a tampon," which is clearly not safe or humane.

NEXT UP
Beauty
September 2022’s Best Beauty Launches Will Keep You Cozy And Cute Throughout The Fall
Life
On Repeat: Vaquera’s Away Collaboration Is Brought To You By Britney Spears B-Sides
Life
Away’s Second Designer Collection Will Have You Traveling In Style
Beauty
Two Gen-Z-loved Brands Have Collabed On an Otherworldly Fragrance