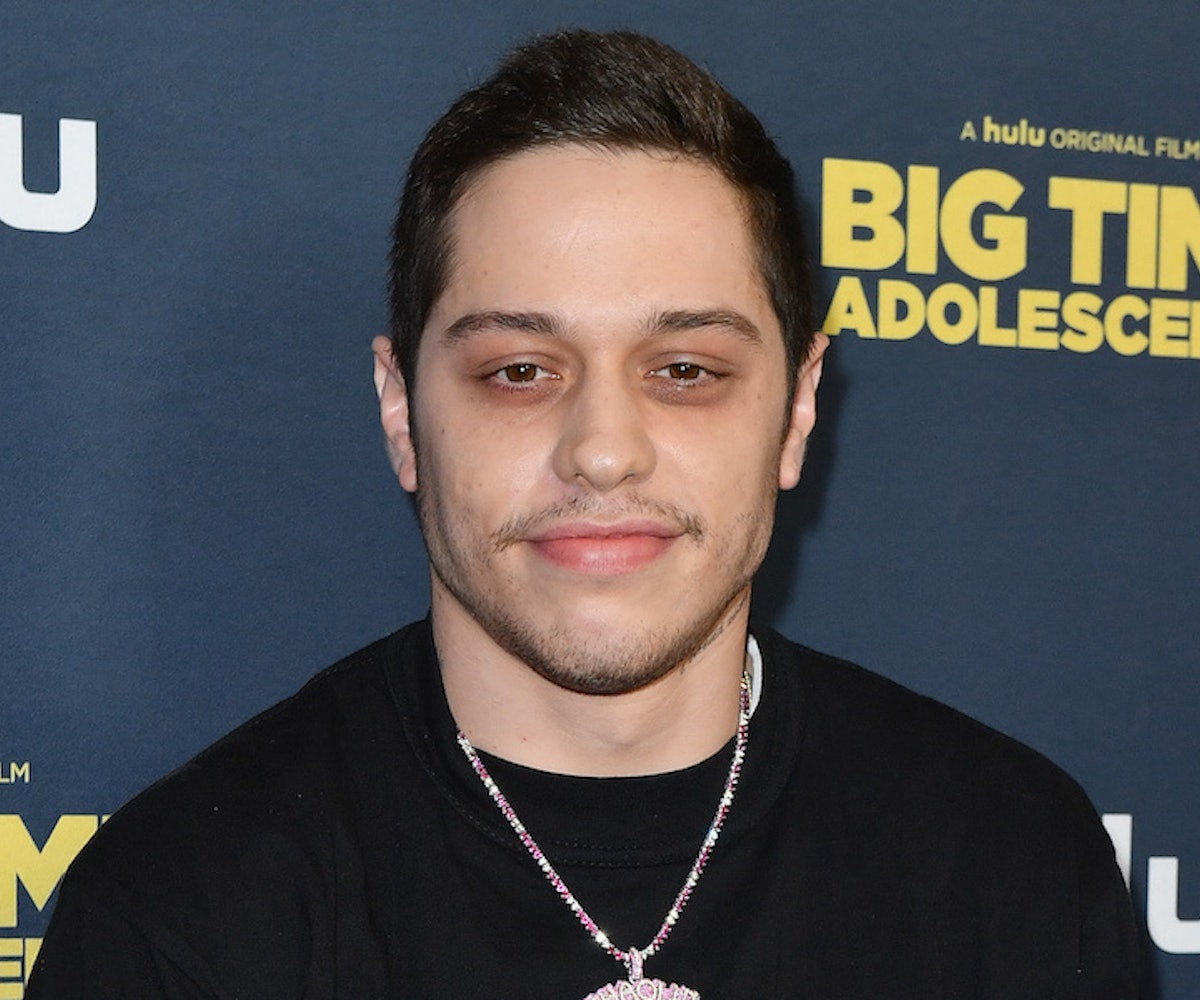 As Pete Davidson gears up the promotion around his Netflix comedy special, the actor and comedian is talking more and more after his relationship with ex-fiancé and pop diva Ariana Grande. Davidson recently dined and spoke with Hot Ones about his new release, where he revealed that since breaking up with Ariana in fall 2018, his family has been hounded by paparazzi.

Although the split is inching toward the two-year mark, Davidson and his family are still targets for invasive fans. "She made me, created me, whatever they said," chimes Davidson in the interview. "It's really annoying because I live in Staten Island and they come here now because Ariana Grande made me famous and stuff. So it's all her fault ... she sent the wolves on me." For Davidson, however, the final straw is when his own mother has to dodge the cameras. "It's been embarrassing 'cause I have a family — like my mom has to go to work and there's these f*cking weirdos outside, and it's embarrassing and it sucks," he reveals.

Davidson's standup special has a handful of jokes at the singer's expense, one especially potent one in which he accuses Grande of "spray-painting" herself brown. "Can you imagine if I did that? My career would be over tomorrow. If I spray-painted myself brown and hopped on the cover of Vogue magazine and just started sh*tting on my ex," he says in the Netflix special. "Can you imagine if I did that sh*t?

NEXT UP
Culture
6 Shows To Binge Once You've Finished 'The White Lotus'
Culture
Who Won At The 2023 Grammys
Astrology
February 2023’s Full Snow Moon in Leo Embraces The Real You
Culture
The Cutest Couples At The 2023 Grammys
Style + Culture, delivered straight to your inbox.