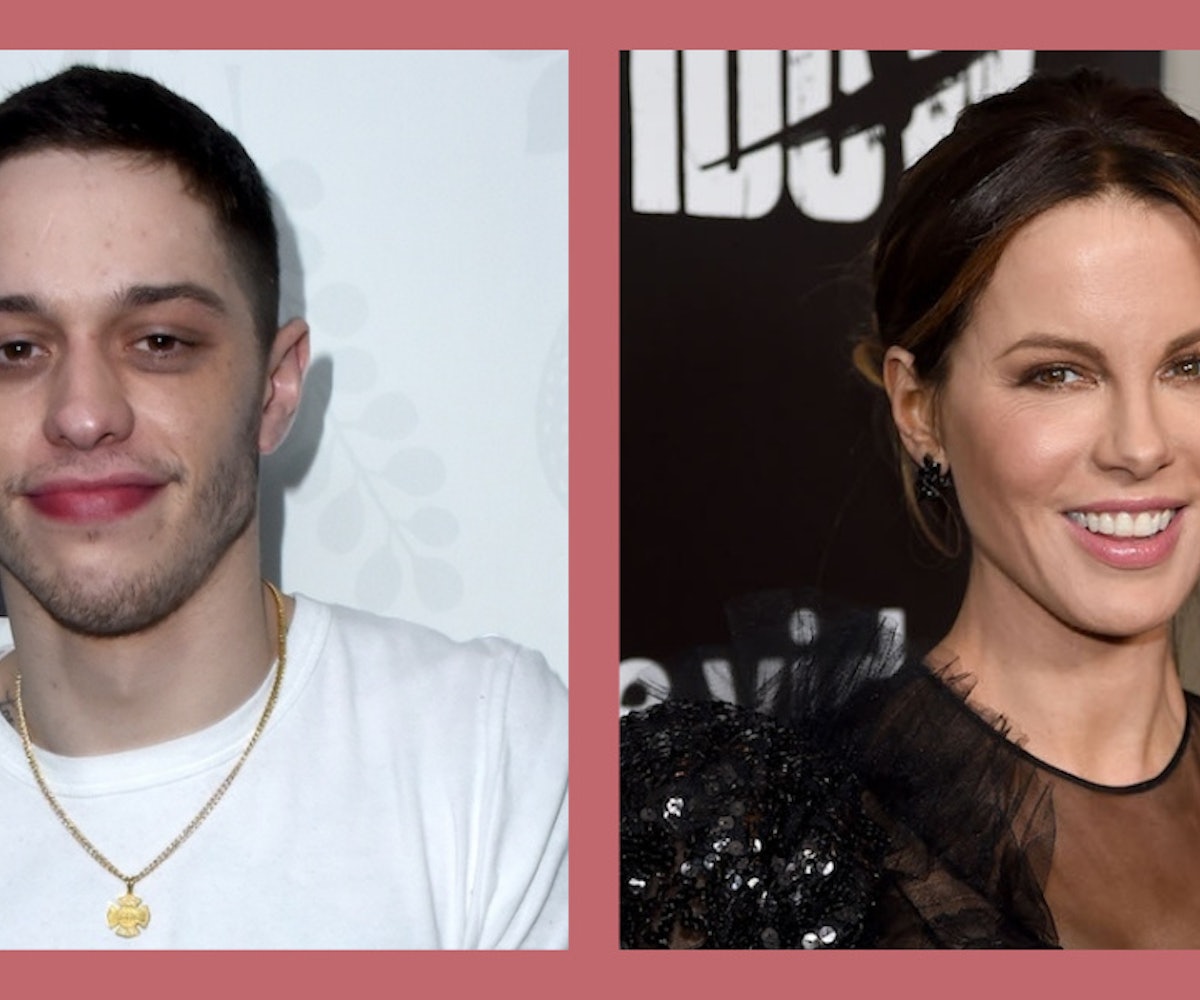 Pete Davidson perfectly shut down anyone criticizing his relationship with actress Kate Beckinsale during "Weekend Update" on Saturday Night Livethis past weekend. Since plenty have focused on the age difference between Davidson (25) and Beckinsale (45), as well as their very public round of tonsil hockey, Davidson took a moment to call out the number of men in Hollywood who have dated much younger women and have never been subject to the same criticism.

"Apparently people have a crazy fascination with our age difference, but it doesn't really bother us," Davidson began. "But then again, I'm new to this." And it's true. Prior to May of 2018, Davidson was merely the background stoner-spokesman of SNL, but his relationship with Ariana Grande quickly changed all of that. We all had plenty of questions back then about the start of that relationship, but with Beckinsale now on his arm, the questioning has mostly centered around her being 20 years older.

He has a point! DiCaprio and Disick have been dating their reported current girlfriends since before the young women were even legally allowed to consume alcohol, whereas my only actual problem with Davidson and Beckinsale is the number of times I've encountered their tongues on each of my social media accounts.

Watch Davidson's full clap back, which starts around the 3:25 mark, in the video below.

NEXT UP
Culture
Grey’s Anatomy Star Adelaide Kane Brings Clarity To Celebrity
Culture
Simona Tabasco Is the Lifeblood of The White Lotus
NYLON Nineteen
Kosar Ali Is A Met Gala Aficionado
Culture
Not One, But Two BTS Documentaries Are Coming