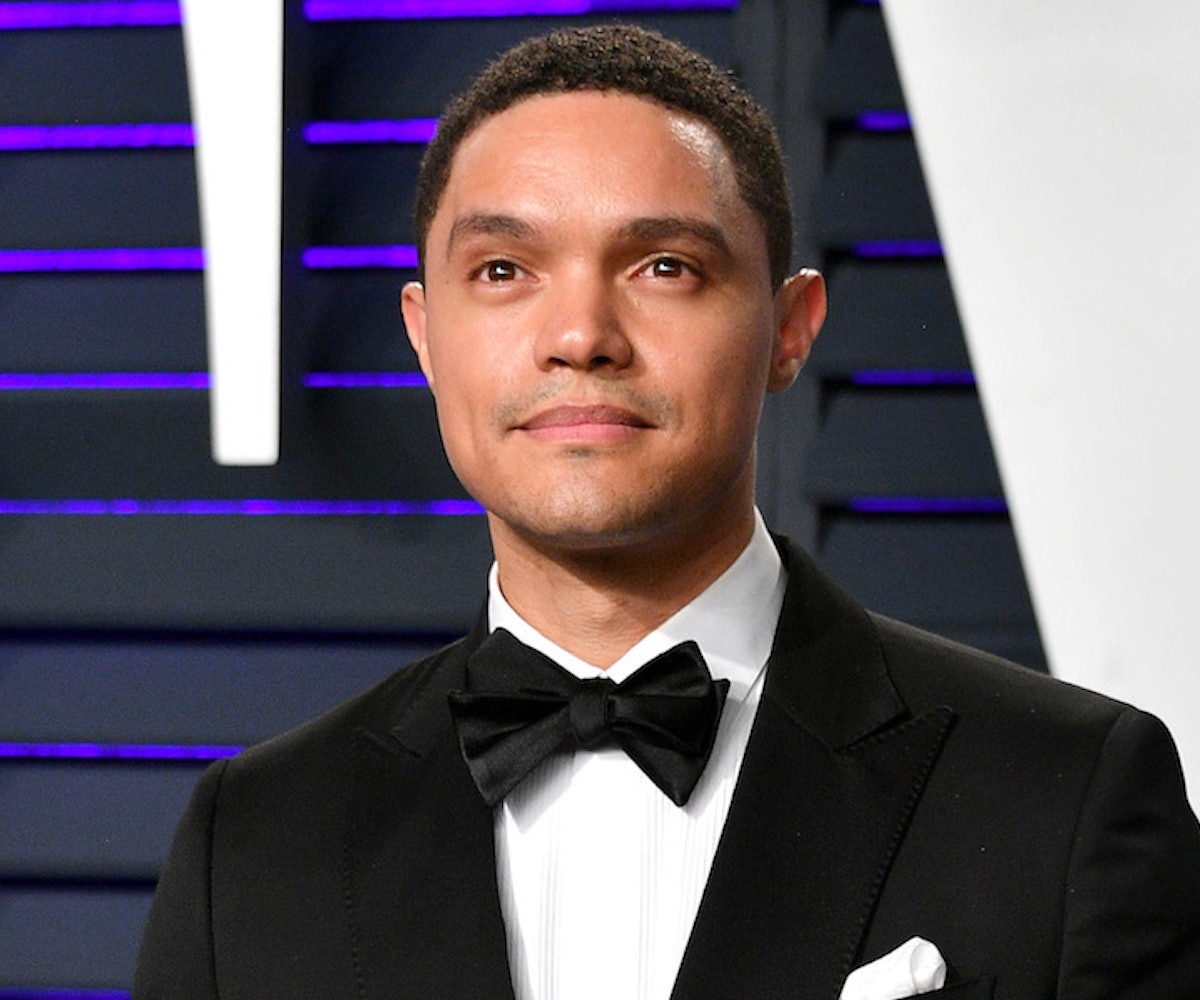 Trevor Noah trivialized the potential for nuclear war between India and Pakistan with an inappropriate comedy segment during Wednesday's episode of The Daily Show. After likening the situation to Cardi B and Nicki Minaj if the two rappers had nuclear weapons, he worsened the situation with stereotypical accents and a Bollywood number.

"Obviously I hope India and Pakistan don't go to war," Noah began, as if it to excuse what was to come. "But if they did go to war, it would probably be the most entertaining war of all time, yeah? Because the Indian soldiers would run out on the battlefield and then be like, Time for you to die," singing and speaking in a presumably Indian accent and dancing as though holding a machine gun. But he wasn't done. He had the audience laughing, which is equally disappointing, and continued, "It would also be the longest war of all time. Another dance number?"

Twitter users have since chimed in with their criticism. User @thelastrm wrote, "I don't fucking understand how ANYONE can find this funny,, he said it would be 'entertaining'??? War is not funny?" She also pointed out the hypocrisy in joking about a war overseas: "The entire world has to mourn for the loss of an American life but it's funny when it's for brown people??"

Another user, @thisisridz, added, "You spend 80 percent of your time criticizing Trump and the violence he could be stirring, but the possibility of India and Pakistan engaging in actual war is a filmy song and dance to you?"

In the full video, he begins his "jokes" about India and Pakistan's tension at the two-minute mark. NYLON has reached out to Noah for comment, but none was available at time of publishing.