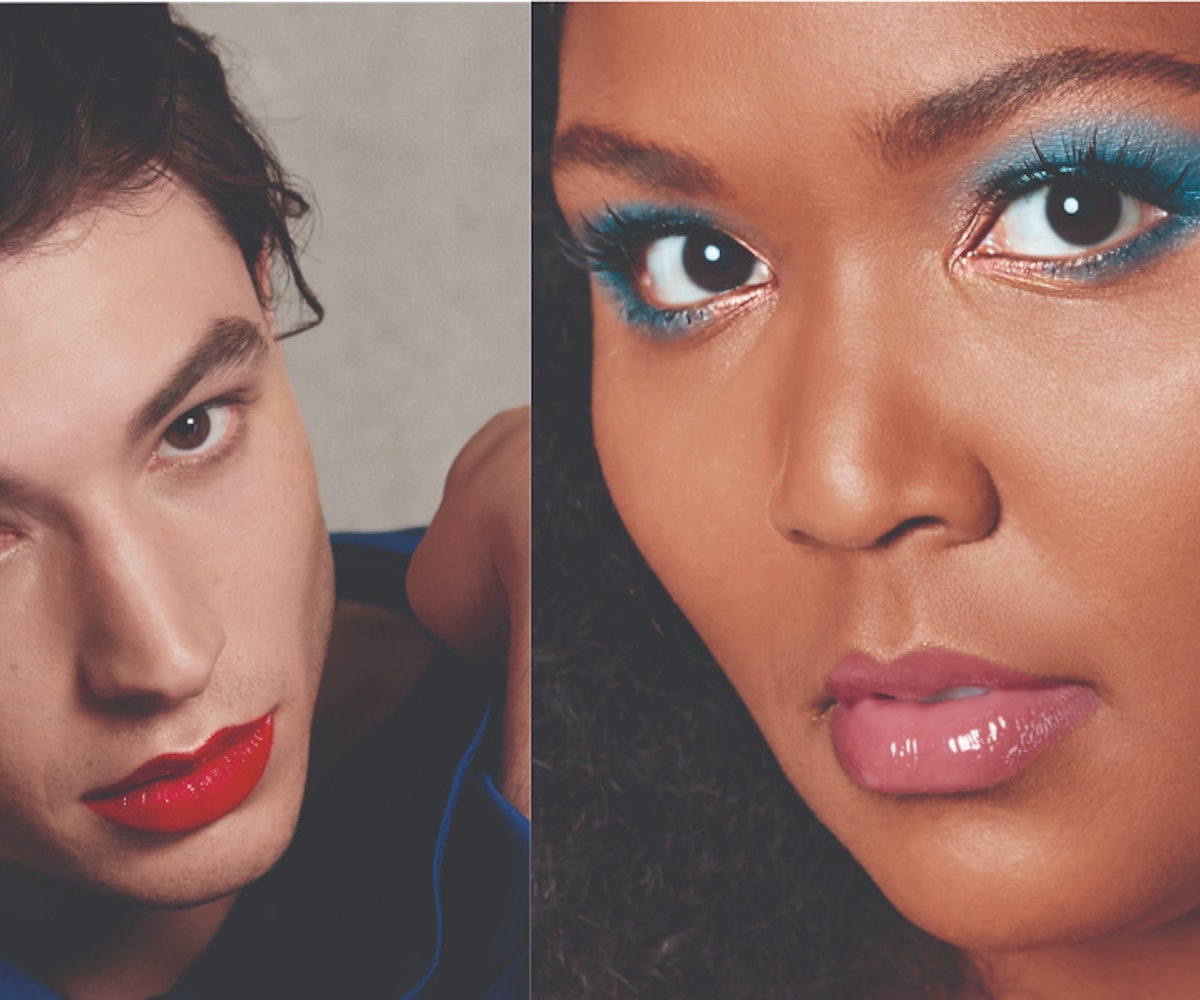 Ezra Miller and Lizzo star in the newest Urban Decay campaign as the brand's Global UD Citizens. Launching today, the makeup brand's "Pretty Different" campaign is "a manifesto that embraces pure, unapologetic individuality," per a press release, and TBH, I don't know too many other celebs who embody this so wholly.

Miller and Lizzo are joined by three other Global UD Citizens, including actress Joey King and musicians Karol G and CL. "Our UD Citizens are dynamic, global voices that stand up for what they believe in," UD founding partner Wende Zomnir shared in a press release. "They are the true definition of 'Pretty Different' and embody the spirit of UD. Because being different doesn't only mean being 'weird' or going against the status quo—it means you being you."

Zomnir described the new campaign as UD's "anthem for fellow makeup junkies who don't subscribe to beauty standards... It's our tribute to individuality because everyone is pretty different. It's our approach to reinventing what it means to be a beauty brand." The first of the visuals, released today, shows the five stars breaking free of a beauty dystopia and rocking pretty cool makeup looks courtesy of the brand. According to the release, these five Global UD Citizens will front the brand's launches throughout the year, so there's plenty more of our favorite faces yet to come.

Check out the full campaign video below.