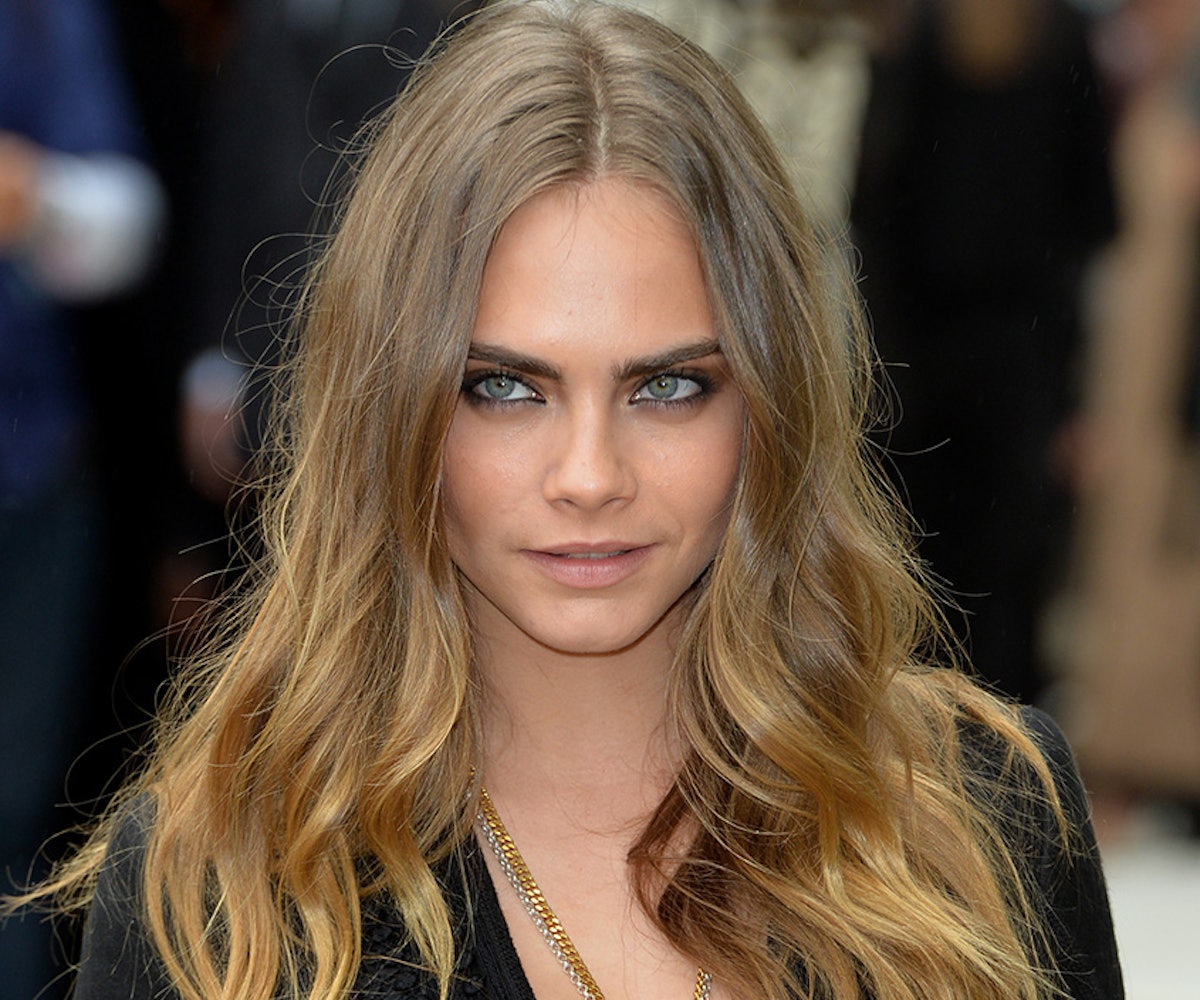 Back in late 2014, Delevingne announced that she would be taking a break from modeling to focus on her acting career. She currently has six movies in the works, so we’d say the budding actress certainly did just that. Will she be jumping back into modeling for good? Not necessarily. We imagine that she would do anything for Chanel, including taking the time to shoot a campaign in-between film projects, considering just how close of friends she is with Karl Lagerfeld. I mean, she and her puppy had front row seats at the Spring/Summer Haute Couture 2016 show.

We’re not exactly sure what’s going on in the hair department—did she chop her hair into a bob for the new ads? We’ll have to wait for the rest of the campaign to find out.

Check out the teaser below.