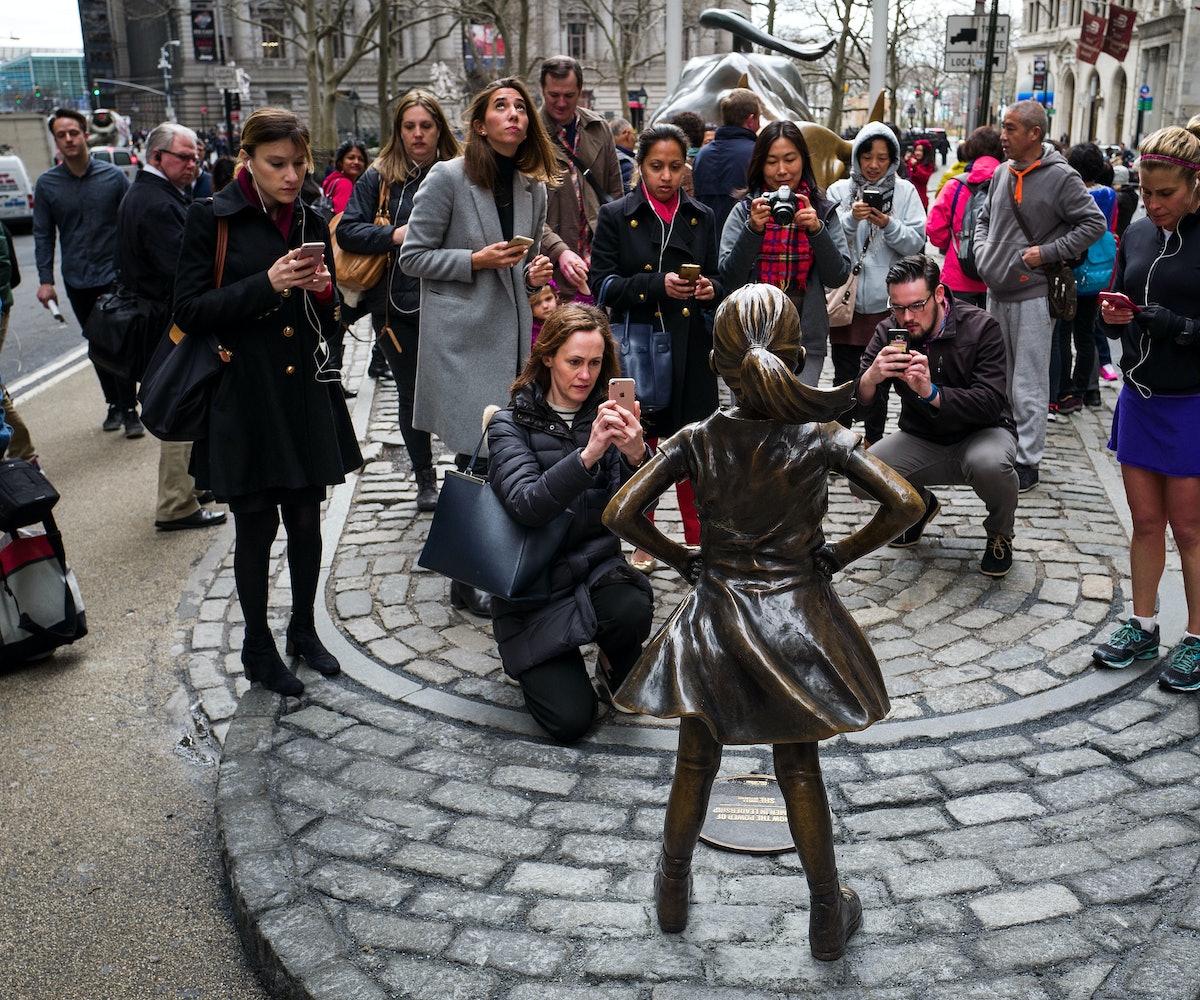 In honor of International Women’s Day, a statue titled the “Fearless Girl” was stationed in front of the "Charging Bull" monument on Manhattan's Wall Street. Created by artist Kristen Visbal and commissioned by State Street Global Advisors, the statue had a lot of supporters and, of course, upset others, including the "Charging Bull" creator Arturo Di Modica.

Di Modica believes his moral rights were infringed on, and that the addition of the “Fearless Girl” changed the meaning of his work. It did. It turned what was initially a symbol of “strength and power of the American people” into a symbol of defiance and, well, fearlessness. More specifically, it was erected as a message from State Street to companies to add more women to their corporate boards. This weekend, though, sculptor Alex Gardega decided to piss all over that messaging with a creation of his own: "Pissing Pug."

The poorly done statue shows the small dog lifting his leg to pee on the left leg of the “Fearless Girl.” Gardega spoke to the New York Post about the intention of his piece, stating that he doesn't agree with the "corporate nonsense" behind the "Fearless Girl" statue, but that he considers himself pro-feminism. “It has nothing to do with feminism, and it is disrespect to the artist that made the bull,” he told the publication. “That bull had integrity.” The shoddy quality of the statue was done on purpose, Gardega adds. “I decided to build this dog and make it crappy to downgrade the statue, exactly how the girl is a downgrade on the bull.” But really, he’s implying that the symbolism behind the “Fearless Girl” statue is a joke that doesn’t deserve to be taken seriously.

The statue has since been removed by the sculptor, due in part to some (justified) backlash from those visiting the site. The "Fearless Girl" is still standing strong, though, and will remain so for at least the next year, according to Mayor Bill de Blasio, despite the fragility of some men.