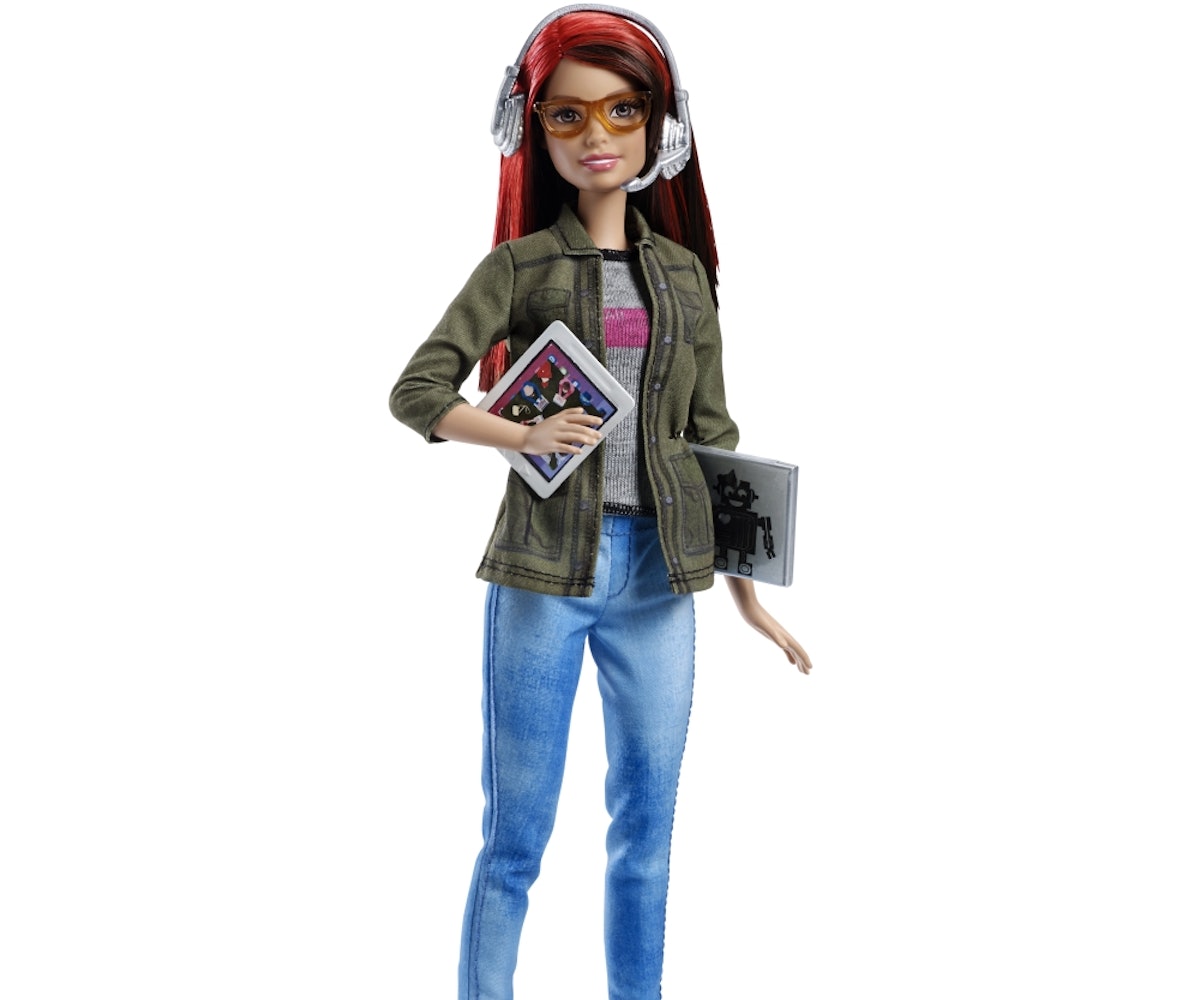 When Mattel introduced its book Barbie: I Can Be a Computer Engineer in 2014, it sounded like a good idea. Then, we opened the book and its plot, with all of its sexist overtones, ruined it. The book was quickly taken off the shelves and Barbie released an apology promising that all future titles "will be written to inspire girls' imaginations and portray an empowered Barbie character." It seems as if Barbie is making good on its promise with the new Game Developer Barbie.

Instead of sitting in front of her pink laptop waiting for boys to help her, Game Developer Barbie is able to design and create her own game, but not without collaboration. As the back of the packaged box reads, "Game development involves storytelling, art and graphic design, audio design, and computer programming. Because there are so many aspects to creating a game, teamwork is important." It doesn't discredit any part of the game development industry, and it emphasizes the importance of creating an environment that encourages joint efforts to generate balanced, innovative works.

According to Slate, the code written on Barbie's laptop is real. While most won't be able to understand what the code itself creates, it may inspire and encourage young people to learn coding, regardless of their gender.