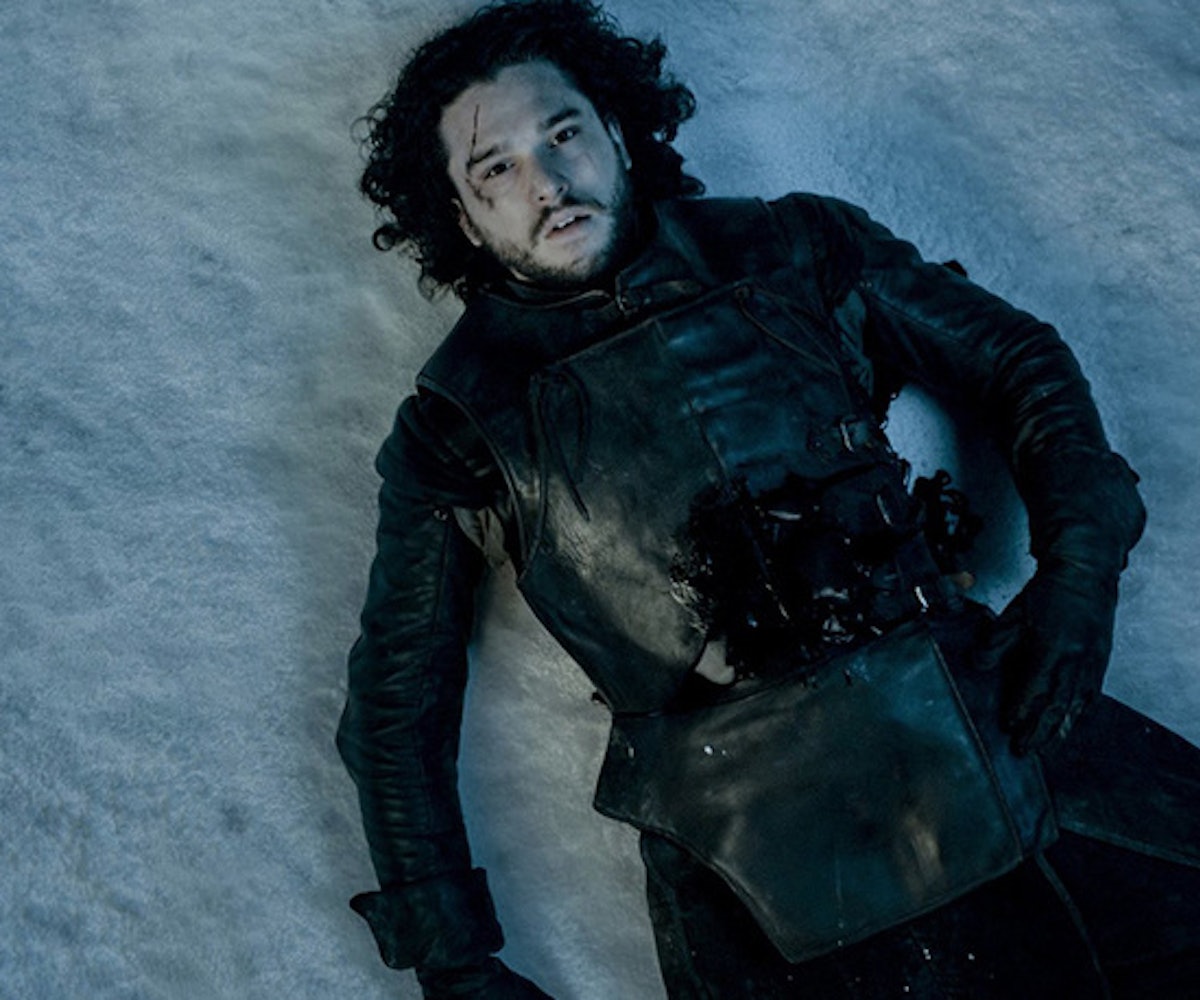 Tonight's episode of Game of Thrones is the last of Season 8 and no one is quite sure how to handle it. So far this season, we've witnessed awkward family reunions, learned Jon Snow might be the rightful heir to the Iron Throne, mourned the death of the dragon Viserion, discovered the Night King's weakness, and got mad at Ed Sheeran.

As the series comes to an end, the show's cinematographer Robert McLachlan talked to Thrillist about how he created the most memorable GoT scenes. For instance, he gives the full story behind the bloody Red Wedding in Season 3. McLachlan wanted the massacre to shock the audience as much as possible by creating the sense that "we were going to get the happy ending, the Disney ending that they were so desperate for," he said. They overloaded the banquet hall with candlesticks and torches. It was the "brightest scene we'd ever seen on Game of Thrones history at that point." And then, as we all know, things got dark real quick.

In order to pull off the scene where Daenerys Targaryen crowd-surfs on the slaves of Yunkai in Season 3, McLachlan worked with hundreds of extras over the course of two days in Morocco. He shot in one direction one day, Dany with the Unsullied behind her, and then the next with slaves coming out of the walls of the city. "A big chunk of your day is trotting those 200 extras around the desert," McLachlan said, "so the visual effects people can composite them, to make it look like there really is a huge army behind her, and a flood of people in front of her. And I just love the shot of Dany being lifted aloft by the slaves. It was an awesome shot."

When creating the super creepy baby White Walker in Season 4, McLachlan said they had "two or three [babies] to switch in and out, and when they brought this one in, it smiled," he said. "We all looked at each other like, 'Oh my god, we got it.' It was a case where you think, 'It's not going to work, it's not going to work… Holy shit! It just worked!'" As for the White Walker reflected in the baby's eyes, that was "a happy accident."

In Season 5, when Jon Snow was stabbed, "it was actually very, very hard to pull off," McLachlan said. "To be honest, I really struggled with the lighting on that. I had a guy in black, and you wanted to be able to see the blood, and he's laying on a white surface. From a pure technical standpoint, getting enough light on the costume but not over-exposing the snow was problematic." And for those who read into the pattern of Jon's blood, "there was no rhyme or reason to it," he said. "But it speaks to the richness of the frame that it can be interpreted in a lot of ways!"

Most recently, in Season 7, for the episode "Eastwatch," McLachlan was inspired by The Magnificent Seven. "We're obviously tipping our hat to that," he said. Particularly the scene where the heroes sit down with Tormund and then go down to the cells of Eastwatch, as Beric Dondarrion and Thoros of Myr lean into the light. "Revealing the 'bad guys' in the cell was really fun to do," McLachlan said. "It's a familiar and classic thing where you're putting together your Wild Bunch, your Dirty Dozen, Seven Samurai, Magnificent Seven. Those movies all draw from one another, and we're drawing from all of them. And we felt like we got that one just right. You just know when you finish the shot that that's it. We nailed it."

We'll have to wait until tonight to see what else GoT has in store for us. But, most likely, we won't be emotionally prepared for it.