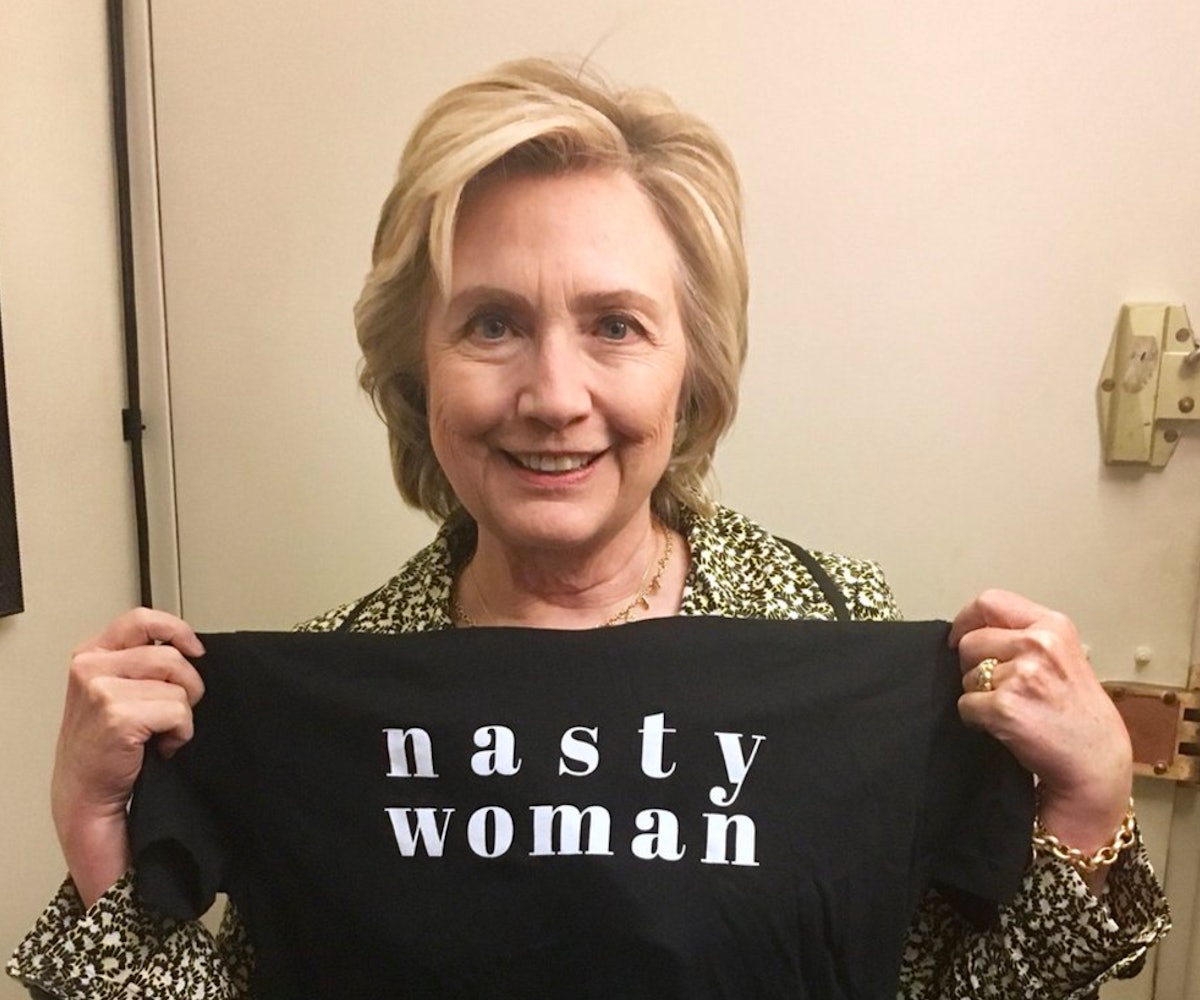 Hillary Clinton, the original "nasty woman," has officially come out from the woods and is not playing games. The former secretary of state, and the woman who should currently be our president, is advocating for Planned Parenthood by promoting "Nasty Woman" T-shirts.

Clinton recently tweeted a photo of herself holding up a black "Nasty Woman" T-shirt, asking her millions of followers to support Samantha Bee's latest fundraiser benefiting Planned Parenthood. You can buy the T-shirts for $25 at the TBS shop. All proceeds go to the women's health organization.

“By getting this exclusive ‘Nasty Woman’ shirt, you’re joining Samantha Bee and countless other smart, fearless women and men in supporting Planned Parenthood Advocacy Project Los Angeles County, standing up for women’s (aka, human) rights and helping to pave the way for a brighter future,” the site reads.

Now is a crucial time to support groups like Planned Parenthood, given that women's rights are at risk under the current administration. Texas passed a law earlier this year requiring women to hold “fetus funerals” after abortions, then Ohio introduced a bill criminalizing second trimester abortions, and now Arkansas is forcing women to have their partners’ permission in order to access the procedure.

Clinton has been a longtime supporter of the nonprofit. In May, she gave a speech while accepting the Champion of the Century Award about the need to support women's rights. “Protecting access to the full range of reproductive health care, it is a health issue, of course, [and] it is a core economic issue. Women in every corner of our country understand that intimately. And anyone who wants to lead should also understand that fundamentally, this is an issue of morality,” she said. “I wish it were common ground, but I know for sure it is higher ground. And I believe, as you do, that trusting and valuing women is the right and moral position to take.”

So get nasty and support Planned Parenthood.