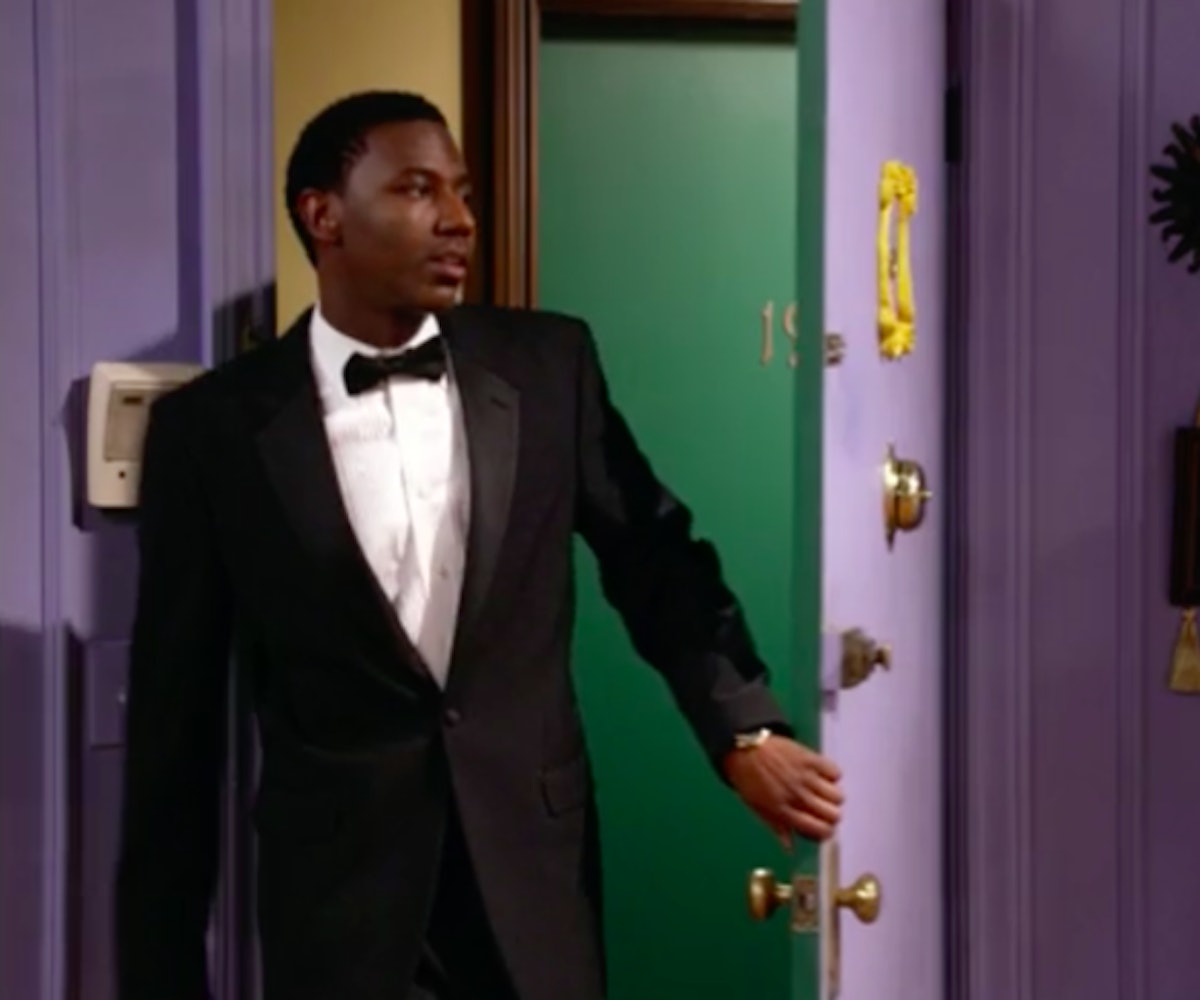 The latest in Jay-Z’s series of videos for 4:44 kicks off with plenty of cheesy, nostalgic ‘90s sitcom vibes: pals dancing, splashing around in a fountain and lovingly teasing each other. The “Moonlight” video, directed by Alan Yang (Master of None) is a nearly shot-for-shot recreation of Friends, reimagined with an all-black cast: Jerrod Carmichael (The Carmichael Show) starring as Ross, Issa Rae (Insecure) as Rachel, Lakeith Stanfield (Atlanta) as Chandler, Lil Rel Howery (Get Out) as Joey, Tiffany Haddish (Girls Trip) as Phoebe, Tessa Thompson (Westworld) as Monica, and, briefly, a sardonic Hannibal Buress as… himself. “Moonlight” debuted Friday on Tidal.

Laugh tracks and sitcom shenanigans aside, a closer look reveals that Hov’s all-black riff on Friends is meant to be less slapstick schtick, and more pointed cultural criticism. In a recent interview with iHeartRadio, he says that the video is “really a commentary on the culture and where we're going,” citing how La La Land dominated the post-Oscars news cycle and snatched attention away from Moonlight’s deserved Best Picture win in the aftermath of the notoriously awkward onstage mix-up at this year’s Academy Awards.

Around the 2:30 mark, Carmichael walks off-set to greet Buress, who dryly describes the production as “garbage.” “Who asked for that?” says Hannibal, negging the production. “You gonna do black Full House next?” Disillusioned, Carmichael returns to set, only to have Rae lead him through a door that opens into a moonlit green field. “We stuck in La La Land/ Even when we win, we gon' lose,” Jay-Z raps. “'Cause their grass is greener/ 'Cause they always rakin' in mo'.”

The video concludes with Carmichael looking up toward a full moon as audio from La La Land’s mistaken Best Picture announcement plays in the background. Essence breaks it down, citing the contrast of the very white Friends’ wild commercial success with iconic black sitcom Living Single: “The principal message of the music video seems to be that even when we win, we lose.”