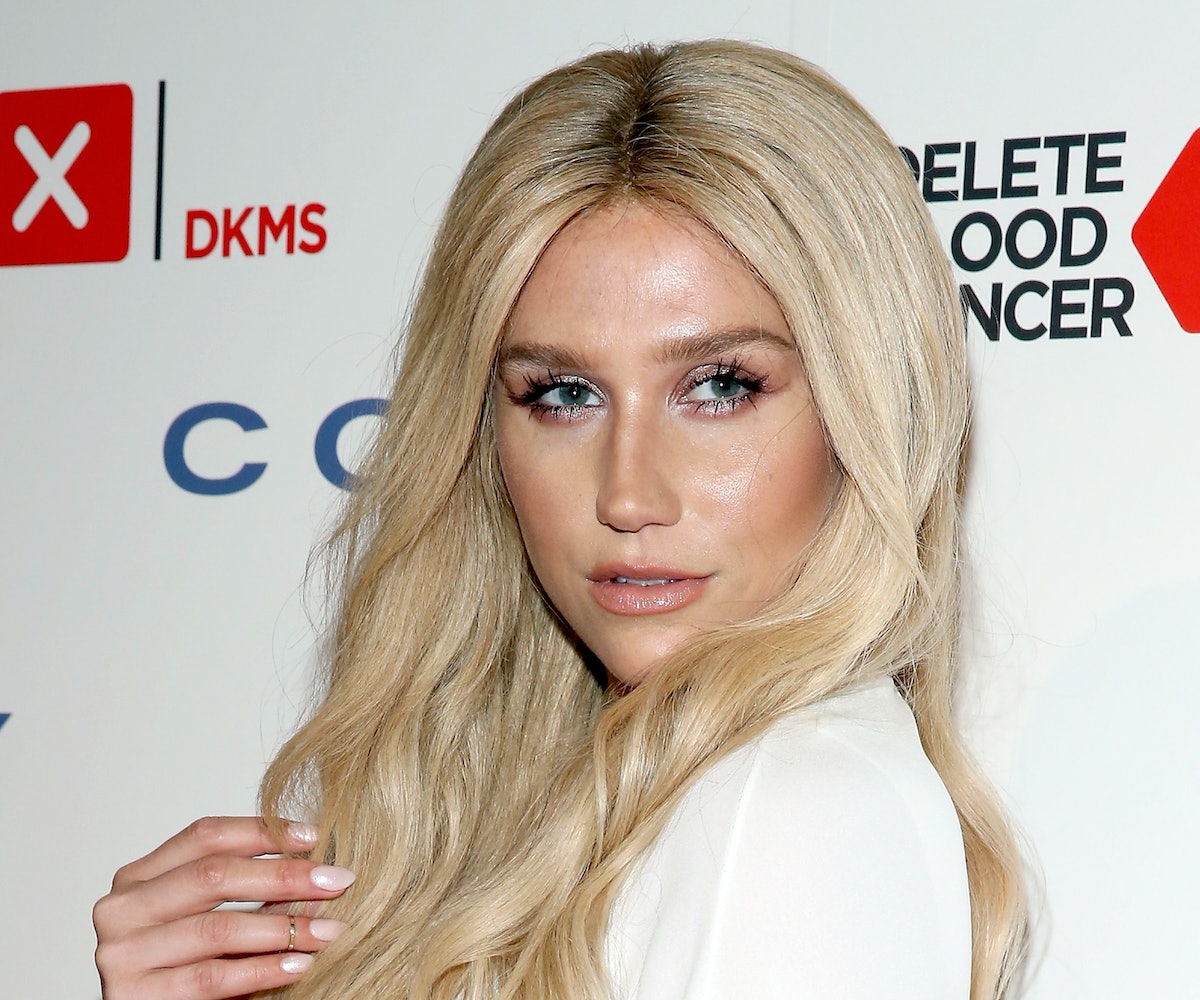 In an emotional statement to her fans, Kesha finally said what we've all been thinking about her sexual assault lawsuit against Dr. Luke. "This issue is bigger than just about me," she wrote on Facebook Wednesday.

After thanking fans and fellow artists for the outpouring of support she's received since a Supreme Court judge refused to grant her a preliminary injunction that would free her from her contract with her alleged abuser Dr. Luke, Kesha explained the real reason she's willing to wage such a difficult battle.

"I think about young girls today – I don’t want my future daughter – or your daughter – or any person to be afraid that they will be punished if they speak out about being abused, especially if their abuser is in a position of power," Kesha wrote. She ends her statement by explaining that women who choose to stand up to their abusers are not alone. "We're all in this together," she writes.

It's a message filled with urgency in a culture that desperately needs it. Read her full statement below.

I'm so, so beyond humbled and thankful for all of the support I 've received from everyone. Words cannot really express the emotions I've gone through reading and seeing how amazing everyone has been to me. I can’t believe that so many people all over the world took the time to show me support and love. Other entertainers who knowingly put their own careers at stake by supporting me, I will be forever grateful.

All I ever wanted was to be able to make music without being afraid, scared, or abused. This case has never been about a renegotiation of my record contract – it was never about getting a bigger, or a better deal. This is about being free from my abuser.

I would be willing to work with Sony if they do the right thing and break all ties that bind me to my abuser. But at this point, this issue is bigger than just about me. I think about young girls today – I don’t want my future daughter – or your daughter – or any person to be afraid that they will be punished if they speak out about being abused, especially if their abuser is in a position of power.

Unfortunately I don’t think that my case is giving people who have been abused confidence that they can speak out, and that’s a problem. But I just want to say that if you have been abused, please don’t be afraid to speak out. There are places that will make you feel safe. There are people who will help you. I for one, will stand beside you and behind you. I know now how this all feels and will forever fight for you the way perfect strangers have been fighting for me.

Yes, I am very much a feminist, but more than that, I am a humanist. I believe in supporting my fellow human beings in being SAFE.

We're all in this together. You are not alone.

I love you and thank you.