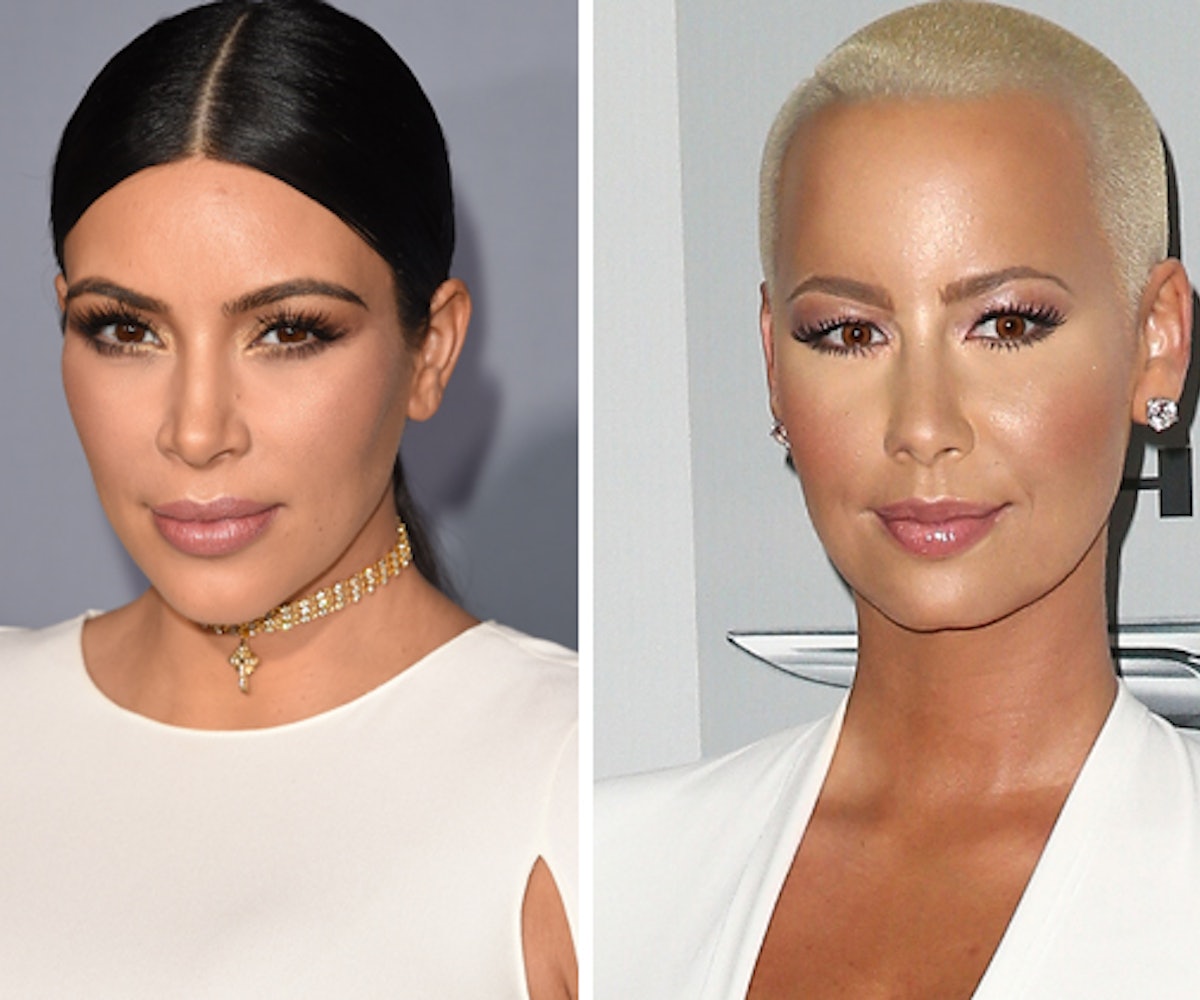 Remember that saying "keep your friends close and your enemies closer?" Whatever controversy Kanye West gets himself into, we can always count on him to drag Amber Rose into the drama without fail. Last week, we weren't surprised that her name was brought up again in a heated exchange between her exes—West and Wiz Khalifa. (It should be noted that both of them have insulted her, painful experiences that Rose shared with the public during her Slut Walk.) West realized the error of his ways and has vowed to never bring children into the beef again, but we're sure this won't be the last time we hear Rose's name come out of his mouth.

It goes without saying that men can get petty real quick, but women know better than to stoop that low. Last night, Kim Kardashian-West and Rose appeared to have squashed the beef with what else but a selfie. Kardashian-West captioned hers "Tea anyone?" while Rose opted for "Swingers" followed by frog and tea emoji aka Kermit the frog sipping tea. Does this make them frenemies? Or are they becoming BFFs? Perhaps they found solidarity in #FingersInTheBootyAssBitch?

We'll never really know what's behind all of this because the whole situation went from 0 to 100 in the blink of an eye—the water was boiling, the kettle went off, and now the tea is spilling everywhere. If anything, we're relieved that Rose and Kardashian-West could set aside the complicated history between their families and make amends for the troubled men in their lives. #girlpower.