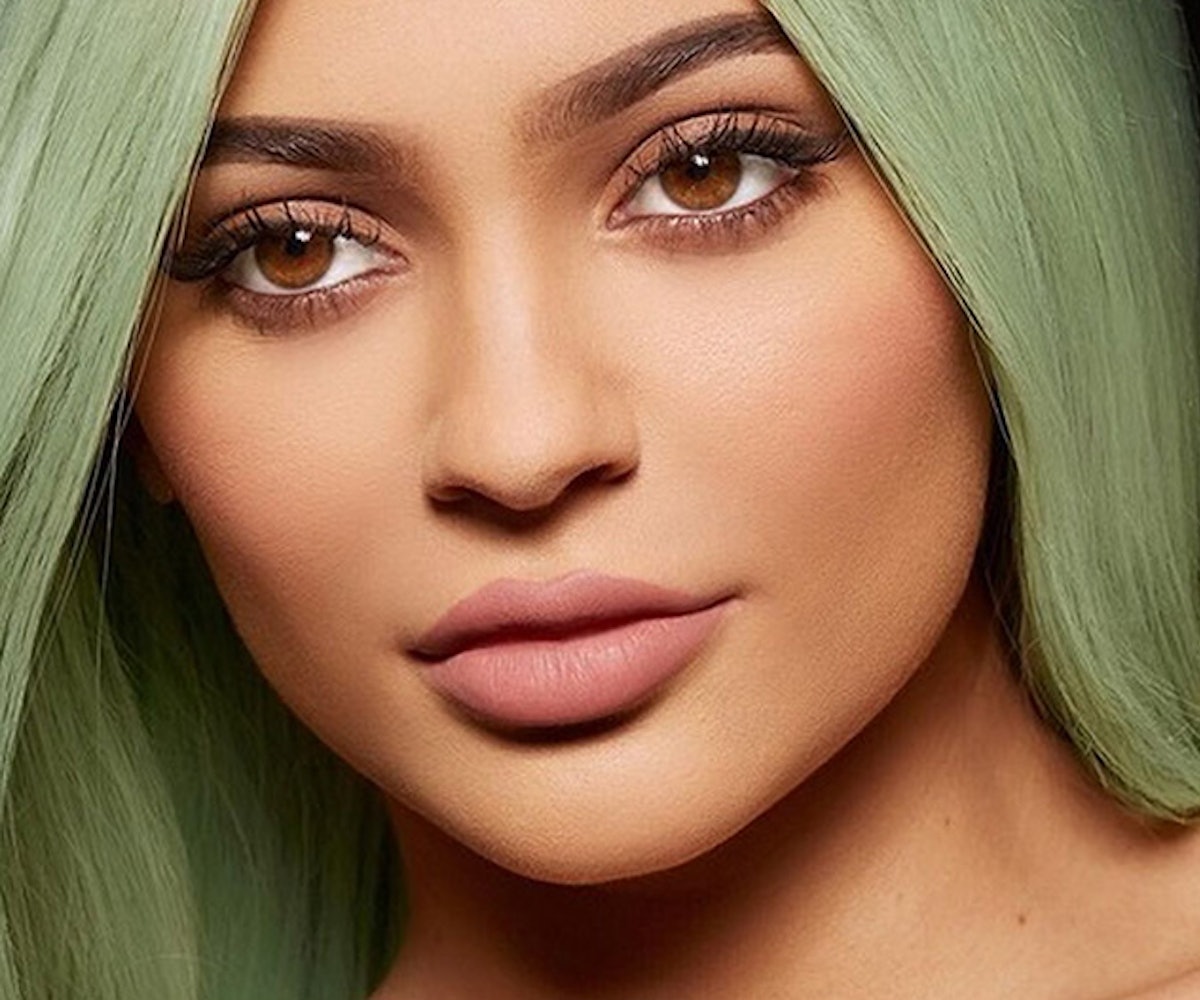 What was formerly black and white, but is now red all over? Kylie Jenner’s new Lip Kit, that’s what.

Over the past couple months, Jenner has slowly been teasing the next iteration of her obscenely successful lip shades. Some of the action has taken place on Instagram, but most of the previews have been done through cryptic, black and white Snapchats. Yesterday, after uploading a series of snaps to her story where she rocked a bold, red number, Jenner casually mentioned that what people just watched was for her new collection. “I had a Lip Kit photo shoot today,” she said, "and this is one of my new colors!” If viewers couldn’t tell what color it was, she added that “it’s red and it’s pretty bomb.” Nice.

There’s no name for the matte rouge shade yet, but don’t be too surprised if she crowdsources it. Previously, Jenner asked her fans to name a magenta color that’s included in the Valentine’s Day collection. Perhaps this red will be released to the thirsty masses alongside Posie K and the third Valentine’s Day shade. Only two weeks to go! Might we suggest Moulin Rouge K for the name? Ruby K sounds nice (and expensive!), too.