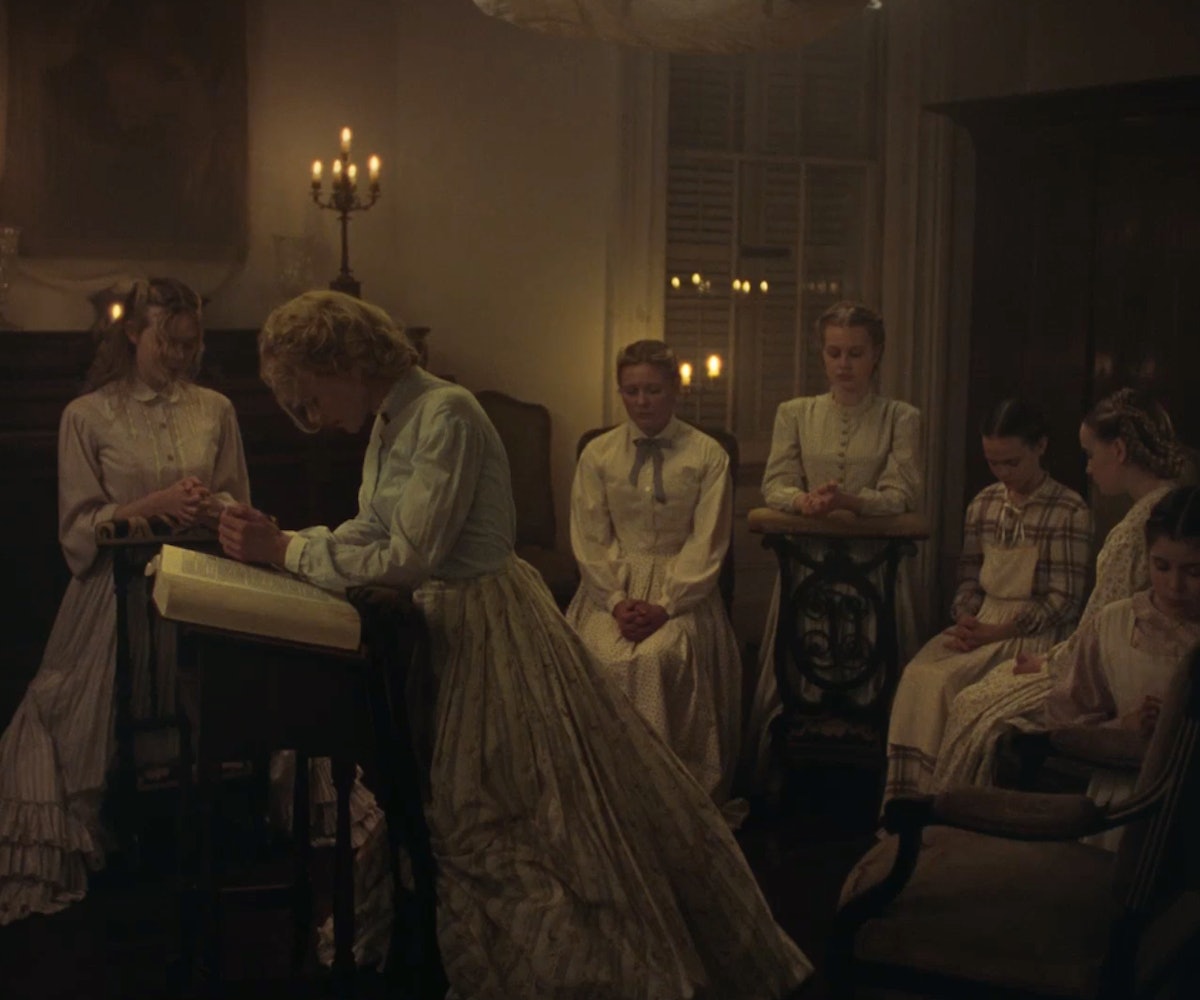 Sofia Coppola's latest film, The Beguiled, is a haunting Southern Gothic narrative about the repressed desires of the women living in a crumbling Virginia schoolhouse as the confederacy loses the Civil War. Critics rightly noted the film's artistic merits, but many took issue with Coppola's handling of race (or lack thereof) in the film. Coppola had notably removed an important character from the original novel written by Thomas Cullinan, a slave named Mattie, who was included in the 1971 Don Siegel adaptation. Now, Coppola herself has penned a response to her detractors explaining her decisions.

In her response, Coppola firstly dismisses the idea that her film is historically inaccurate: "According to historians and several women’s journals from the time, many slaves had departed, and a great number of white women of the South were left in isolation, holding on to a world whose time had rightly come to an end—a world built on slave labor."

She then goes on to explain her choice to remove the character of Mattie from her film: "I did not want to perpetuate an objectionable stereotype where facts and history supported my choice of setting the story of these white women in complete isolation, after the slaves had escaped. Moreover, I felt that to treat slavery as a side-plot would be insulting."

"There are many examples of how slaves have been appropriated and 'given a voice' by white artists. Rather than an act of denial, my decision of not including Mattie in the film comes from respect ... it has been disheartening to hear my artistic choices, grounded in historical facts, being characterized as insensitive when my intention was the opposite," she continues.

Film critic Angelica Jade Bastién even-handedly tackled this issue in her extensive analysis of the situation on Vulture: "Could The Beguiled have taken a more unflinching approach to the history of the Civil War–era South and its lingering scars that affected black people most acutely? Undoubtedly. But Coppola isn’t the filmmaker to do so—her greatest strength and weakness has always been her myopia," Bastién writes.