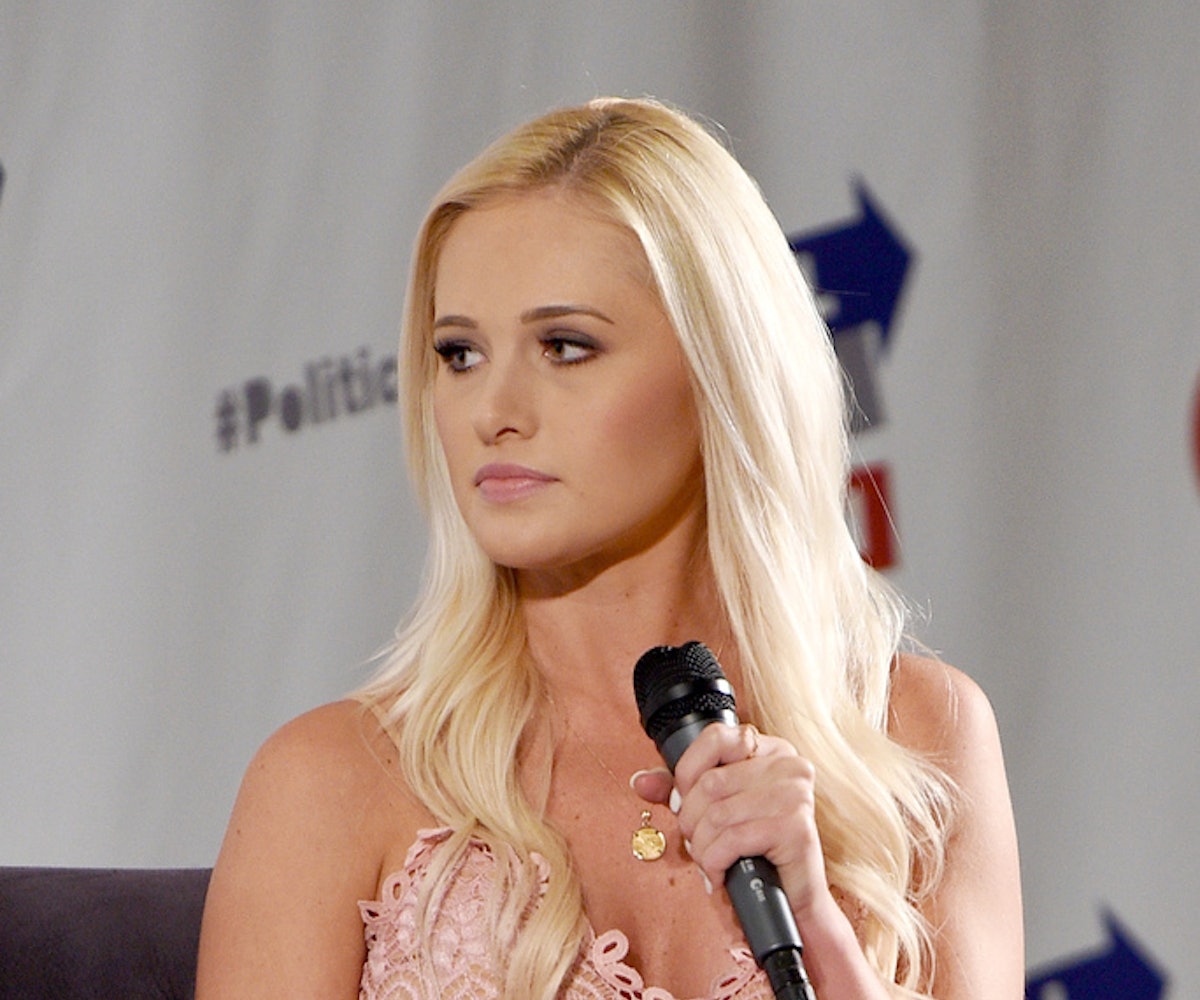 Tomi Lahren was fired from TheBlaze back in March after announcing she was pro-abortion on The View. She filed a wrongful termination suit, and Glenn Bleck, who owns the network, fired back with a countersuit. Things got messy, and Lahren has been without a major video platform to spew her hate since. Until about a couple of hours ago, that is.

In news that surprises no one, it has been announced that conservative darling Tomi Lahren will be joining Trump's favorite network Fox News. According to a statement, the 25-year-old will “offer political commentary to the network’s opinion programming.” Mostly, she’ll be found on Sean Hannity’s show, and she'll be starting tonight.

This is a smart move by Fox. Lahren has a strong following and her inflammatory rhetoric will likely bring in viewers and bring up ratings. Hopefully for Lahren, this new gig provides health care.

In other news, Fox News has been pulled off the air in Great Britain due to lack of interest. Cheers!