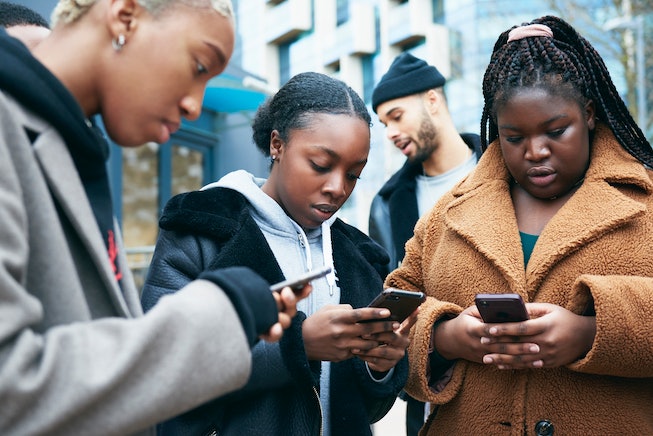 2020 brought about an overdue wave of reckoning for the beauty community. In the wake of nationwide Black Lives Matter protests, consumers demanded more of their favorite brands, taking many to task for issues including a lack of non-white employees, and a continuation of products catering to lighter skin tones. Although companies had promised and started to do better, a new report found that social media posting has returned back to its old ways.

According to a report from Eyecue, an AI-powered social media analytics platform and consultancy founded by Carolina Bañales, that was shared with WWD, many beauty brands are no longer as diverse in their social media postings.

Analyzing more than 150,000 Instagram posts, the platform had initially found that darker skin tones appeared in only 13 percent of posts. After the May 2020 killing of George Floyd, an event which spurred protests against police brutality across the United States, Eyecue noted a 122 percent increase in brands posting images that featured models with darker skin tones. Based on an analysis conducted last month, now only 48 percent of posts feature dark skin tones.

This is not an unknown or even new issue, Eyecue noted in its report. Based on past data, many companies have continually posted images with lighter skin tones. In its analysis of posts that dated back to 2018, light-to-medium skin tones were featured 61 percent of the time.

In a statement to WWD, Mónica Zannochi, communications and business development for Eyecue, spoke out against any notion that social media engagement and interaction requires posting a certain skin tone. “Because [brands are] publishing few content with dark skin tones present, their audience is not there. The dark skin-tone audience is not there because they’re not speaking to them," Zannochi noted.

The data provided by Eyecue is only a small sampling, but the continued lack of diversity in the industry is being noted by consumers across social media. Along with recent callouts of brands that don't offer inclusive shade ranges, other Instagram users have started accounts focused on diversifying Instagram, and calling for accountability.