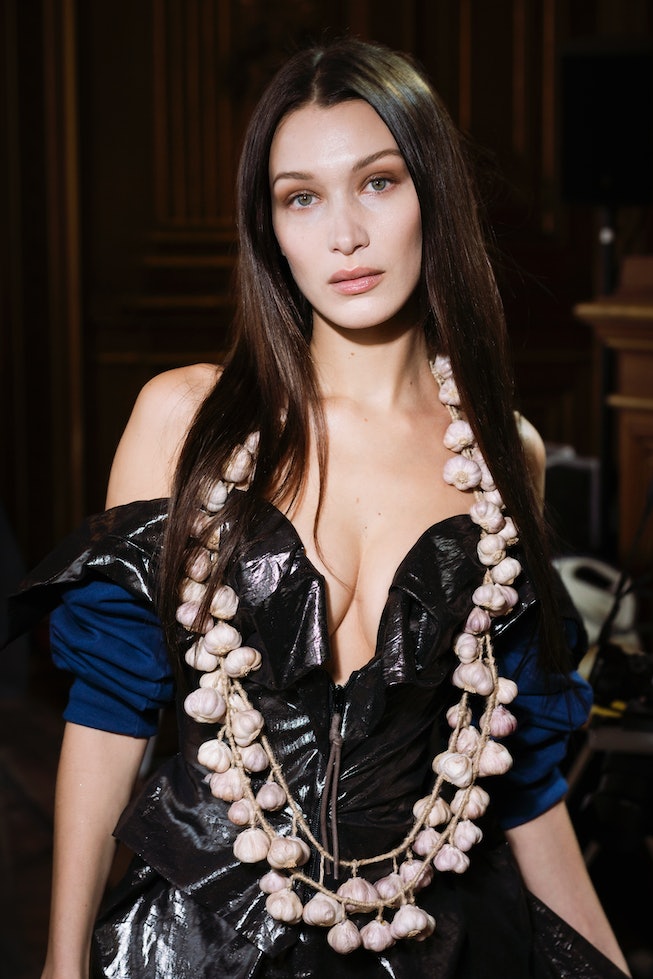 In the midst of continued social distancing, Bella Hadid has decided to get brave with her beauty routine, trying her hand at a double liner look. On April 30, the model became her own personal glam squad, chronicling a "rare makeup day" on her Instagram Story.

Showcasing the complete process via a series of Story posts, the Dior Makeup ambassador naturally used an arsenal of Dior makeup products to create a "double liner for you honey." With her hair pulled back and up out of her face, Hadid got to work, brushing her face with product and then turning to her eyes. Apparently the look was something new for Hadid. In response to Love magazine editor Katie Grand complimenting her winged liner, the model responded, "thank you, it was the first time Ive tried to do a liner on myself! I’ve had the best teachers over the years."

For the double liner look, Hadid used a compact mirror to get a closeup look. After filling in her brows, she used a Q-Tip to even up the liner, showcasing the completed look in an Instagram photoshoot. "The Farm girl next door had some time," she wrote of the pictures.

In addition to the stunning liner, Hadid appears to be wearing lip gloss and she added a pair of hoop earrings. Her bangs — which she previously trimmed herself — hung in loose, sparse fringe, with the rest of her hair remaining in a ponytail.

Hadid is clearly making the most of her time in quarantine, first starring in a FaceTime photoshoot for Vogue Italy. She's also been planting with her family, catching up on Nintendo Switch releases, and she helped celebrate Gigi Hadid's birthday/pregnancy.

Get inspired to try double liner with Hadid's post, below.