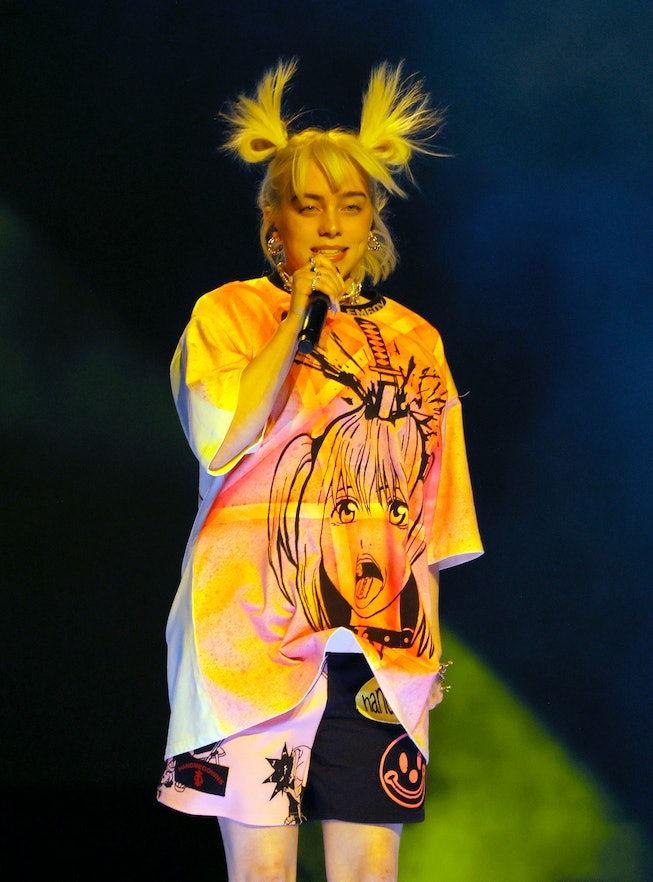 Billie Eilish is a golden teenage prodigy, winning back-to-back awards including the record of the year for Everything I Wanted at this year’s Grammy Awards. Now, her eye makeup reflects her number one status, turning up to the No Time To Die world premiere tonight with a sparkling hint of gold foil in the corner of her eyelids.

The look features small gold pieces organically places around her eyes, creating the effect of golden petals. Aside from the gilded lids, the rest of Billie’s makeup was understated, with minimal mascara and foundation and just a hint of natural lip color and blush. The hint of shine peaked out from her long, wispy bangs and was complemented with a gold necklace.

The 19-year-old musician has made a name for herself with her experimental hair and makeup looks, breaking the internet this year when she went from her signature black hair with slime green routes to Marilyn Monroe blonde. She also just chopped off her long locks into a textured bob as a tribute to her Mom.

The No Time To Die premiere, taking place in London, is one of the biggest film premieres in the U.K. in several years. Whether or not the movie wins over the hearts of James Bond fans, Billie’s eye makeup definitely has won ours.

Check out her full hair, makeup, and nail looks below.