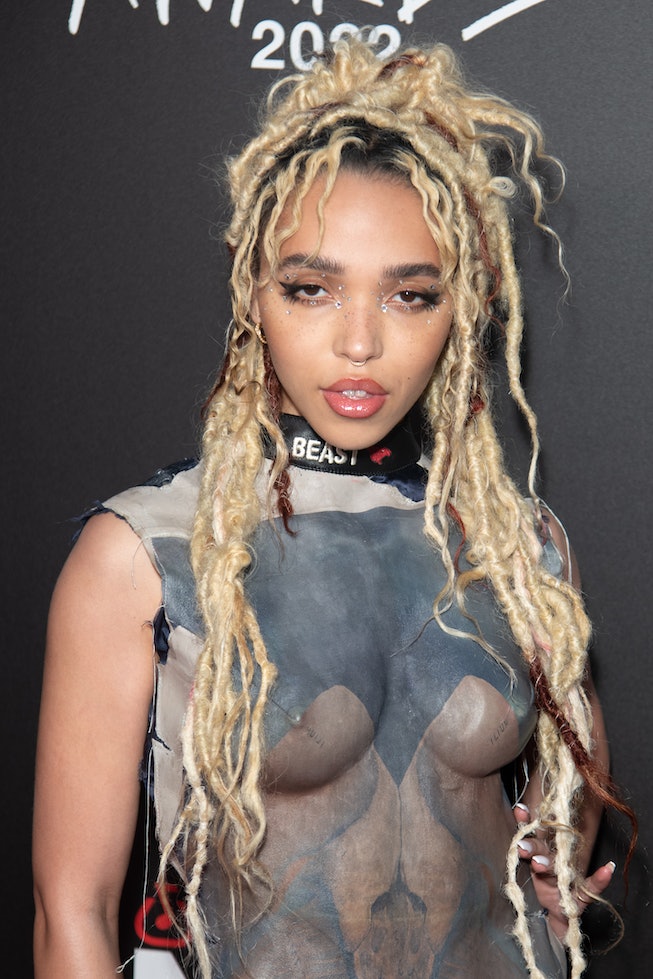 For years, we’ve known FKA Twigs is a fan of elaborate manicures, posting her new sets on her Instagram and including them in her release artwork. It’s her latest release, however, that’s confirmed her love of extreme nail art, dropping a music video for her song Oh My Love yesterday that’s set in a nail salon with her longest manicure yet.

Twigs first teased the music video earlier this week with a still from the video, showing off her long, white, 3D nails and metallic eyeshadow. She then released the video, which shows off her nail creations in a white robe and towel on her head, crediting her nail technicians featured as “Jenny and Ken at Select Hair Salon.” Judging from the behind-the-scenes photos she posted today, it looks like her own nails were created prior to the video by Imoan Nails.

With FKA Twigs stamping her approval on the 3D nail art trend, we’re bound to see more elaborate designs popping up in both FKA Twigs’ music videos and from our other favorite musicians. Keeping in mind these looks stray from practical to the more fashion-forward and fanciful, the sky is the limit when it comes to creative ideas you can wear on your fingertips. If you want to jump on the trend, it might be a little harder to grab a credit card out of your wallet, but they sure do look great in a music video.