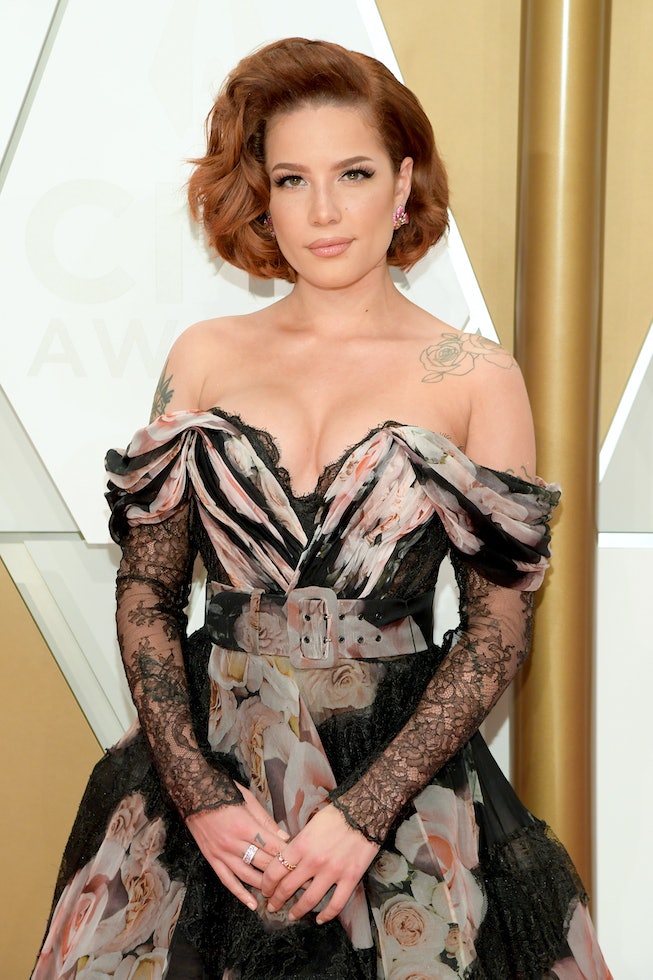 As her social media selfies so often demonstrate, Halsey isn't afraid to make a change, especially when it comes to her beauty routine. In the past, she's donned everything from colorful wigs to Sailor Moon-inspired cosplay. And this time around, Halsey took her cue from under the sea, changing her hair to look like Ariel of "The Little Mermaid" for the latest Disney Family Singalong.

On Sunday, Halsey left her life as a pop star temporary behind, and took on the role of Ariel to sing "Part of Your World" from The Little Mermaid. The performance, which took place against the backdrop of Halsey's home, was the latest to be featured in the Disney Family Singalong, a televised special that has celebrities leading at-home viewers in a singalong of Disney classics.

Of course, Halsey completely nailed her performance, but it was her beauty routine that also caught the attention of fans. For the evening, she hid her naturally, short brown hair under a long, bright red wig. She paired the wig with a very mermaid-inspired hair clip adorned in pearls. Staying true to Ariel's red ensemble, Halsey chose an equally bold shade of red lipstick and a pair of coordinating earrings. Sharing a selfie before the special aired, she wrote, "‪I’ll be singing “Part Of Your World” tonight on The Disney Family Singalong: Volume II."

Halsey hasn't yet revealed whether she intends to keep wearing the wig, but fans did say the "look was fire," writing, "halsey looks so pretty with red hair" and "you look like a real-life disney princess, red hair suits you well."

This latest Disney doppelgänger follows a similar moment that occurred when Ariana Grande participated in the last Disney Family Singalong. For her televised performance, she sang "I Won't Say I'm In Love" from Hercules. At the time, many noted how the singer's high ponytail and winged liner looked very similar to Megara, and some had even called on Disney to cast Grande in a live-action version of the film. Halsey might have missed her chance to star in a live-action Little Mermaid remake — as the film has already started filming — but it's likely this won't be the last time she surprises fans with a new look.

See the very Ariel-inspired transformation for yourself, below.