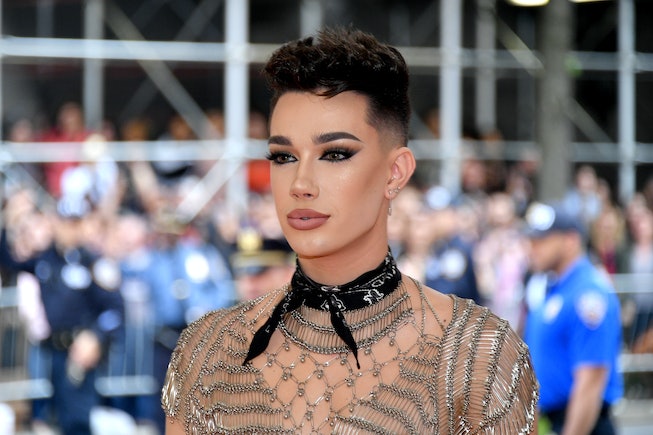 Previously collaborating with Morphe Brushes, Charles seems to be working on something of his own, writing, "WHEWWWW the plans I have for my makeup line are truly... something else." He offered no further clues on what products might be included or when the collection could launch, but his past Morphe collection included a colorful eyeshadow palette and brushes.

Following the tweet, fans questioned whether he might brand it under his Sisters umbrella, and others have already pledged their support. "I been waiting sooo long for you to drop your own makeup line," one follower wrote.

The tweeted hint comes after Charles previously teased a possible collection during a February 2020 interview with Women's Wear Daily. At that time, he was still in the "planning stages," telling WWD, "Let’s be real: it’s very saturated right now and the last thing I want to do is slap my name on a highlighter or liquid lipstick and call it a day."

As of March 2020, it appears that Charles has filed trademarks for possible products, including a fragrance, and products under titles that included his name, James Charles Artistry, and James Charles fragrances. Trademarks filed covered products including makeup, makeup application products, and skin and nail decorative products. Fans will ultimately have to wait and see whether any of these products come to fruition.

Charles previously acknowledged that he had no interest in creating a standalone line, but his work with Morphe had changed his mind. "I fell in love with the product development process. My biggest focus in creating my line is innovation and creating products that the beauty market hasn’t seen yet," he said to WWD.

The "oversaturated" beauty market is something that Charles has made his stance clear on, especially when it's come to others entering the beauty space. Nearly a month ago, he apologized to Lauren Conrad after questioning what business she had in creating her line — Lauren Conrad Beauty — and he also apologized to Alicia Keys; Charles had questioned the star's upcoming e.l.f. Cosmetics collaboration, but later acknowledged he was unaware that Keys was working on skincare products.

NEXT UP
Beauty
Balenciaga Is Calling The Return Of Heavy Metal Face Piercings
Beauty
September 2022’s Best Beauty Launches Will Keep You Cozy And Cute Throughout The Fall
Beauty
Olivia Cooke’s Beauty Evolution, From Indie Ingenue to ‘House Of The Dragon’ Queen
Beauty
Halloween Cat Makeup Ideas, From Easy to Inspired