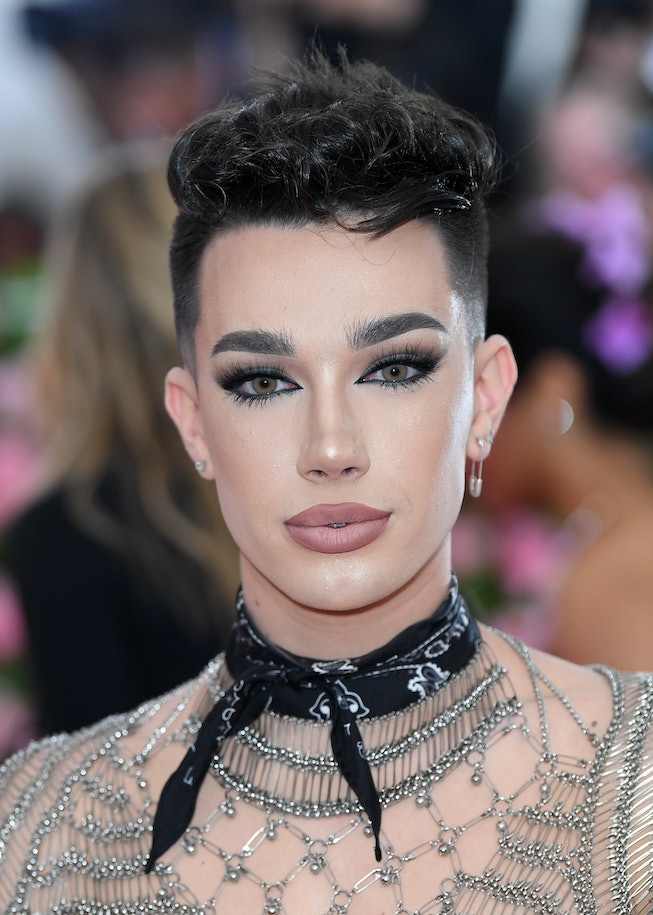 Lauren Conrad Beauty has arrived, but James Charles isn't exactly thrilled. The beauty YouTuber was among those to receive a PR package from the clean beauty line, and he shared his unboxing experience with Instagram. Unfortunately, after a few product snafus, he questioned what business Conrad had in creating a line.

Beginning the video with a confession, he admitted that his day had already been quite weird and bad. However, he felt his day was a bit more derailed after he opened the box from a "new makeup brand from somebody who has no business making a makeup brand." He didn't mention Conrad or the brand by name, but the internet was quick to notice the newly launched packaging. Upon opening, James had found a highlighter tube that had not been filled with product, and a liquid eyeliner not filled with ink.

Seemingly exasperated, he chucked the tube before turning to the camera to say, "Stop making makeup brands. Stop." He later returned, relaxing by the pool as he admitted that "today was not it" and he had felt "tested by the universe."

Charles later issued a public apology to Conrad on his Story. "I've been on the verge of tears all day long from a ton of things going wrong & opening her PR package was the icing on the cake of weird things happening today," he wrote. "My stories talking about the products were supposed to be funny but they just came across as nasty because I was so upset, not with her, but with other things that happened today." According to Charles, he had spoken with Conrad privately about the videos, and the two were "cool."

Although Charles and Conrad have already cleared the air, this is not the first time that Charles has had to apologize to a fellow creator in the beauty industry. At the beginning of August, Charles, along with MannyMUA, apologized to Alicia Keys after both had made statements regarding her planned collaborative line with e.l.f. Cosmetics.

At the time, Charles had written, "People who do not wear makeup should not be coming out with makeup brands but that's just my opinion." He later retracted the comments upon learning that Keys would be working on a skincare line with the brand.

Conrad launched her line on Aug. 12. Available online, Lauren Conrad Beauty started with five products intended to help customers achieve its founder's signature California glow. Each item in the collection is less than $30, and Conrad had said in a statement that she spent years working on a line that's "clean, environmentally friendly, ethically sourced, and vegan—and all available at accessible price points without sacrificing quality."

NEXT UP
Beauty
Olivia Cooke’s Beauty Evolution, From Indie Ingenue to ‘House Of The Dragon’ Queen
Beauty
September 2022’s Best Beauty Launches Will Keep You Cozy And Cute Throughout The Fall
Beauty
Halloween Cat Makeup Ideas, From Easy to Inspired
Beauty
11 New Fall Fragrances To Try (That Aren’t Pumpkin Spice)