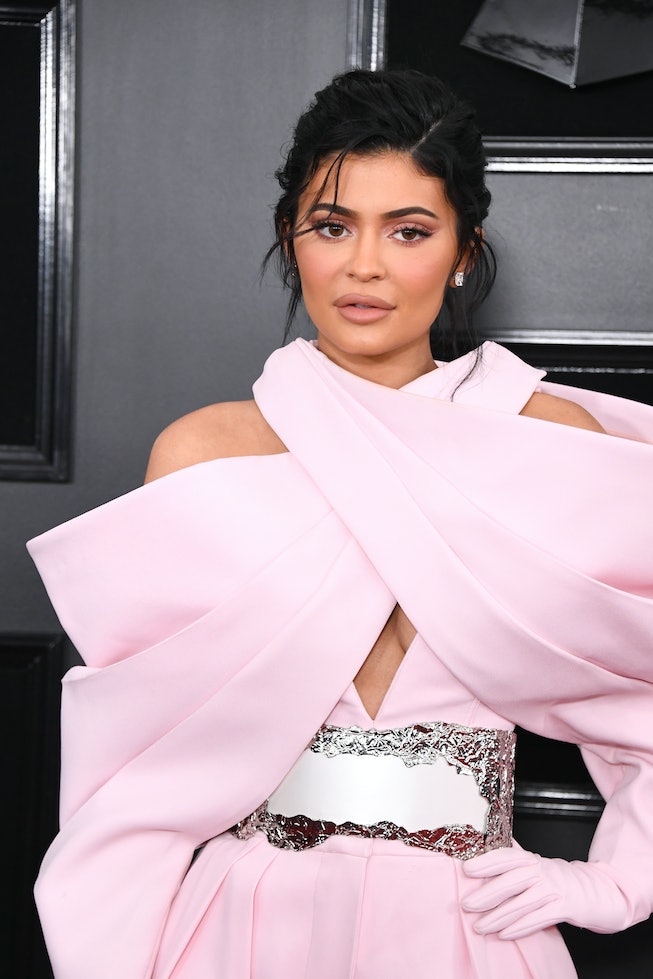 Kylie Jenner is looking to fans for some naming assistance after dying her real hair. Previously sporting a brunette balayage, the Kylie Cosmetics founder has taken a coloring cue from The Little Mermaid, debuting a new auburn-colored style on Monday, December 7.

Matching her makeover to her outfit, Jenner shared a number of selfies, including one that had her holding out the hair, demonstrating its length after adding extensions. "What should we name her," she asked in the first post. She later likened the color to a popular Disney princess, writing, "ariel who?"

Frequently spotted in colorful wigs, this style featured Jenner undergoing a complete dying process, and she chronicled the color journey on TikTok. At one point, it appears as though her natural hair is on display, and the short cut receives a thorough blow dry and wash.

Her lengthy extensions, complete with middle part, returns by the conclusion of the video. Her choice of red isn't quite as bright as Ariel might prefer, but spots of sunlight did help reveal the dimensional coloring.

Jenner paired the color with a neutral-colored makeup palette that included a peach lip. She added similar auburn-colored eyeshadow to her lids, and brightened up her face with the addition of blush.

Those responsible for the latest look included some of Hollywood's top stylists, including Jesus Guerrero, Brandon Peach, Violet Teriti, and Jenn Lagron. "Looks like it’s going to be a hot Christmas," Guerrero wrote of the style on Instagram.

There's no telling how long Jenner's latest color choice sticks around, as her 2020 has already included honey-colored hair and a bubblegum pink moment.

Get a look at her Little Mermaid look, below.