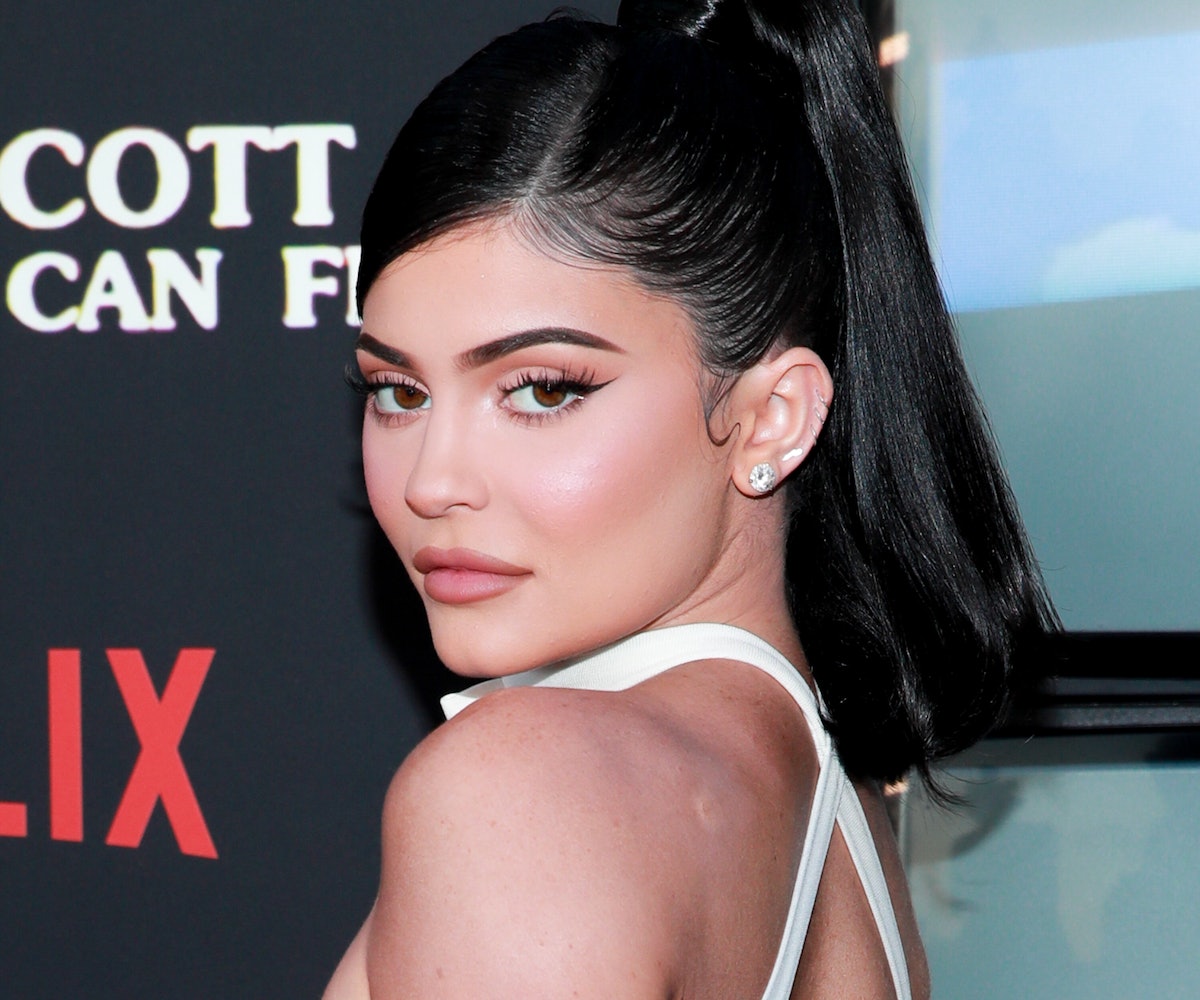 Honey-colored hair is officially sweeping through Hollywood. After both Hailey Bieber and Bella Hadid added lighter coloring to their hair, Kylie Jenner is back to blonde, debuting her take on the trend via Instagram.

The Kylie Cosmetics founder shared her new style with Instagram on Tuesday, posting a short video. Captioning the clip with a single blonde-haired person emoji, Jenner briefly ran her hand through the new color.

Previously donning a dark brunette coloring, Jenner had hinted at the upcoming change in an Instagram Story the day prior, explaining that she was doing a hair mask ahead of dying her hair. The new hue is a shade of dark blonde, and isn't quite as platinum as her short Met Gala hair. The color is somewhat comparable to a shade previously spotted on her sister Kendall. Likely wearing extensions, the hair hit above Jenner's waist. She paired the new dye with neutral-colored lips, long lashes, and a burgundy manicure.

Debuting this hair transformation comes after Jenner announced the details on her upcoming Kylie Cosmetics launch. The animal-print covered collection arrives on October 26, and in promotional images for the new line, Jenner sported a similar shade of curly, honey-colored hair.

2020 has been filled with continued changes in color for Jenner. She had worn bubblegum pink hair for a time during quarantine, and over the summer, she had gone platinum blonde, debuting an icy shade around the same time as Kaia Gerber and Emma Chamberlain.