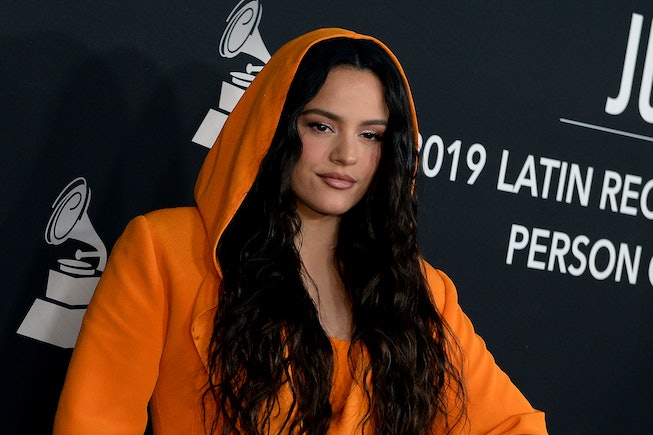 When it comes to truly epic manicures, Rosalía has nearly tried it all. The newest MAC Cosmetics Viva Glam spokesperson isn't afraid to switch up her nail art, previously testing out looks that have included miniature moons and even microchips. However, her newest manicure might be one of her most extravagant, and sparkly, looks yet.

In the midst of a recent snacking session on her Instagram Story, Rosalía shared a look at her crystal-covered nails. The manicure featured a complete covering of silver crystals on each nail, and in one photo, you could see the individual gems that adorned every nail.

The look was somewhat reminiscent of her Grammys 2020 nails, which instead featured larger gems. The manicure had also included gems of different styles and designs, while this look featured the same crystals throughout.

After taking her nails for a test run with doughnut eating, she posed with the look for a photo. The Instagram image had Rosalía wearing a red and black outfit, and the sparkles proved to be a perfect accent. Touching her lips with her nails, you could get a full picture of how long her silver nails truly were.

As Allure notes, she previously sported the nails for a weekend photoshoot, and at the time, the silver sparkles had proved a perfect pairing to her sweatpants and black top.

See the sparkles for yourself, below.