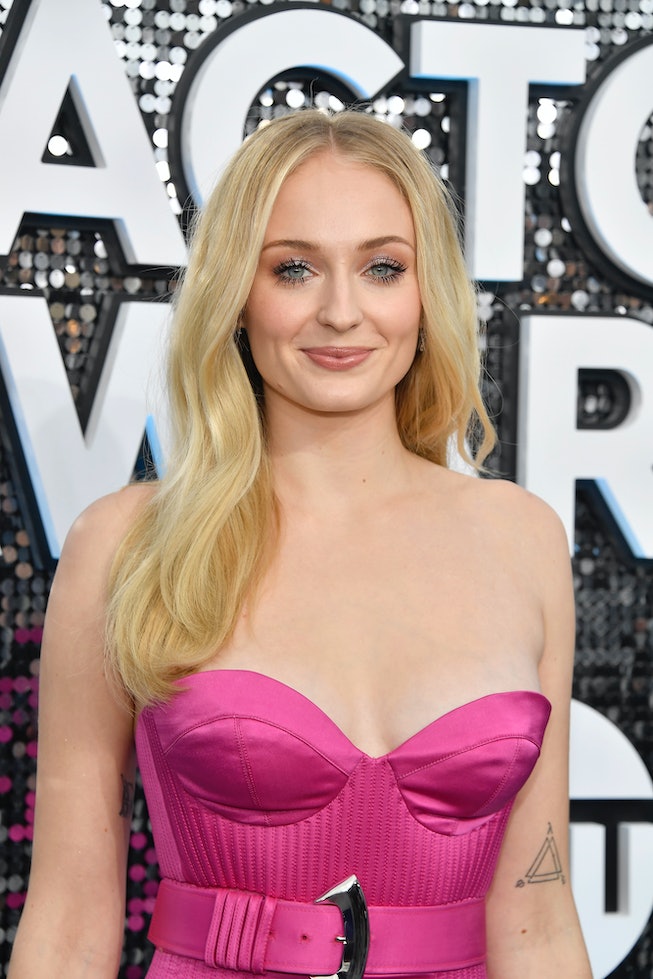 When Sophie Turner entered the public consciousness in 2011 as Sansa Stark in Game of Thrones, she instantly joined the pantheon of naturally blonde actresses we really like to see as redheads. (Hello, Amy Adams and Emma Stone.) After eight seasons of GoT and her turn as the titular character in the 2019 X-Men movie, Dark Phoenix — in which she debuted a dark ruby hair color — her Hollywood ginger status was solidified.

Since the end of GoT in 2019, Turner has been back to her usual icy blonde hair. She was notably blonde for her wedding to Joe Jonas in May 2019, and for the birth of her daughter, Willa, in the summer of 2020. Blondes may have more fun, but this isn’t the Lady Stark we know.

Later that day, Turner confirmed the hair color news by sharing a messy-haired bathroom selfie on her Instagram story showing off her new color. In the photo she’s also wearing Olivia Rodrigo merch, proving once again, that she is all of us.

You heard it here first: Copper is the hottest hair color for the summer. Turner is the latest to jump on red hair train, with Gigi Hadid, Leah McSweeney, and Maude Apatow coming before her. Consider calling a colorist right now.