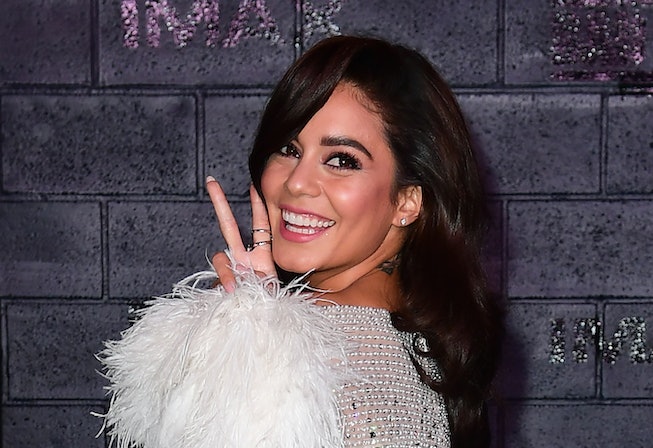 As Star Wars fans around the globe celebrated May fourth — a date that's unofficially synonymous with the Disney franchise — Vanessa Hudgens joined in on the fun, debuting a Princess Leia-inspired hairstyle. Continuing her streak of memorable quarantine makeovers, the star posed for two selfies that featured her sporting space buns and a sunny new nail color.

For her first post, Hudgens created a video, making a four with her fingers and sharing a Star Wars greeting in the caption. "May the fourth be with you," she wrote of the photo. Her hair, which was parted in two space buns, obviously took a cue from Princess Leia, and she accompanied the hairdo with minimal makeup. In addition to light eye wings, she appeared to have recently done her nails, and gave followers a look at the pastel yellow coloring.

Hudgens then shared another Star Wars-inspired photo, standing beneath the sun to share a quote from Yoda. The sunny image again featured her space buns, which were created using a middle part and twisted buns.

The photoshoot did see Hudgens ditching her "lockdown" curls, which she debuted near the beginning of social distancing. However, since then, she's continued to use her time at home to test out new looks, trying everything from bright blue liner to temporary tattoos.

See her Star Wars selfies, below.