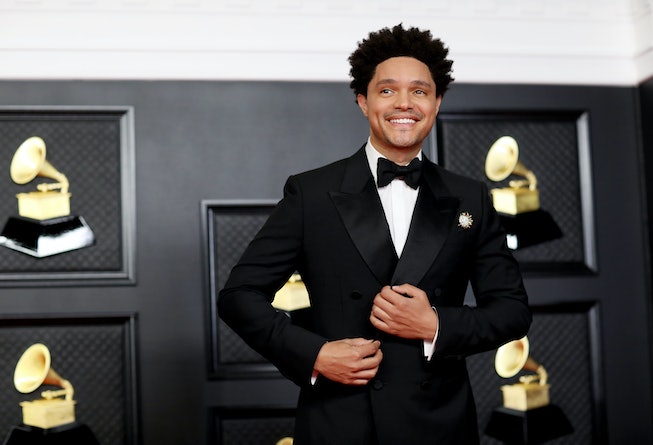 Update, Jan. 5: The Grammy Awards have been officially postponed indefinitely, a member of the Recording Academy told Variety on Wednesday. The decision was made, predicted, due to coronavirus-related concerns. There is no news yet on when they will take place, though sources told Variety the show will probably move to April or May.

For the second year in a row the Grammys might be postponed to a later date, according to Billboard citing “multiple sources” and one source who said it’s “looking likely.”

The 2022 ceremony is currently scheduled to take place on January 31, 2022 at the newly-named Crypto.com stadium, formerly known as the Staples center, with Trevor Noah, who hosted the ceremony in 2021, returning as host. Last year, in 2021, the Recording Academy had to push the ceremony from its original January 31 date to March 14 due to a spike in local COVID-19 cases, as well as move the ceremony from its longtime home at the Staples center to the smaller and nearby Los Angeles Convention Center.

While no official decision has been made yet by the Recording Academy regarding the 2022 ceremony, a postponement is definitely likely for the upcoming event thanks to rising COVID-19 cases across the country due to the Omicron variant. (At press time, the Recording Academy “urged caution against speculation set off by an unnamed source,” per Billboard.)

In an effort to make the most out of the smaller venue in 2021, show-runners completely reformatted the show with a five-stage set-up for the performances and a largely outside set-up for presenting awards and speeches. While it seemed to work well under the circumstances at the time, it could be more difficult to pull off in 2022 with this year’s expanded nominations list.

And it wouldn’t be the Grammys without some drama brewing in the background. The Weeknd is still boycotting the show, and, in a surprising turn of events, Drake has withdrawn his album Certified Lover Boy from the Best Rap Album category. Kacey Musgraves also suffered a snub of sorts as the Grammys deemed in late 2021 that her album Star-Crossed did not meet the qualifications to be nominated in the Best Country Album field (though her song “Camera Roll” is nominated for Best Country Song).

Either way, it’s looking to be an interesting year for the Grammys whether it’ll be held in January or later. See the full list of 2022 Grammy nominations here.