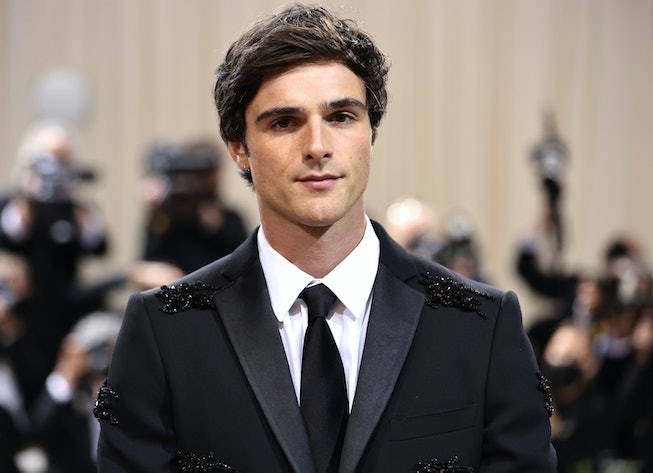 Just a month after GQ declared him “Gen Z’s Leading Man,” Jacob Elordi has nabbed what some could say is his biggest role to date: Elvis Presley. But didn’t Austin Butler just play Elvis, you may ask. And I would, of course, respond, “Why, yes, he did.” But that was for Baz Luhrmann’s Elvis, whereas Elordi will portray the rock-and-roll sex symbol in a different project — one that isn’t even about him, in particular. Rather, Elordi has been cast as Elvis in Priscilla, an upcoming Priscilla Presley biopic.

Based on Priscilla Presley’s 1985 New York Times bestselling memoir Elvis and Me, the upcoming Priscilla will be written and directed by Lost In Translation Oscar winner Sofia Coppola. According to Deadline, who spoke to insiders, the writer-director has wanted to make this film “for some time” and is now hoping to begin filming for the project in Toronto by this fall.

Jacob Elordi is one of a reported “number of actors” who Coppola met with for the role, but in the end, Euphoria’s resident terror was chosen as the lucky winner. (Though it wasn’t reported in Deadline’s original article, Justin Kroll, who reported the story, hinted that Justin Bieber may have been offered the part at one point. “Sources say Sofia did take a shot at a certain musician to see if they had any interest in [the] role (they ultimately passed),” he tweeted earlier today, alongside a black-and-white GIF of the “Love Yourself” crooner.)

As for the titular role? Well, Sofia has always known who she wanted for that: Cailee Spaeny, of Mare of Easttown, The First Lady, and The Craft: Legacy fame. According to Deadline, the young actress “has been [the director’s] top choice from day 1 for the role of Priscilla.”

After The Bling Ring and 2020’s On the Rocks, Priscilla will mark Coppola’s third film made for everyone’s favorite film company A24, who are already on board to distribute the project. Apparently, the director likes to keep it all in the family: the film will also find Coppola reteaming with her Director of Photography Philippe Le Sourd, Costume Designer Stacey Battat, Editor Sarah Flack, and Production Designer Tamara Deverell. And well, let’s just say that if her past collaborations with this team are anything to go by, Priscilla is already shaping up to be a classic.