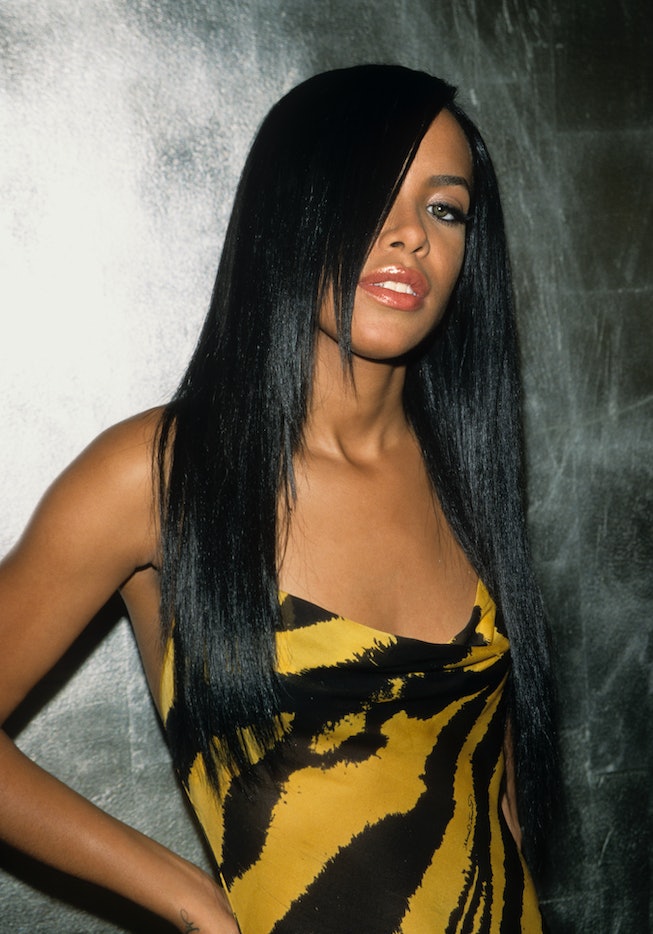 Aaliyah’s posthumous album, Unstoppable, is set to be released later this month, and it’s already causing quite a stir. This week, Barry Hankerson (the late singer's uncle and former label head) announced the album's arrival later this month, along with a list of featured artists. While many fans are excited to hear Aaliyah’s unreleased music, others are questioning the project's lack of female collaborators.

On Monday, Hankerson visited The Geno Jones Show and explained how Unstoppable came together. “About five years ago we realized we had quite a bit of music that we had never put out that was recorded by Aaliyah. The vocals were there, and we decided to try and remaster it,” he said. To do so they asked The Weeknd (whose duet with Aaliyah, “Poison” has already dropped), Ne-Yo, Snoop Dogg, Future, Drake and Chris Brown to participate. According to Hankerson, all six men are “big fans” of the singer.

Though the official track list has not been released, so far no female collaborators have been announced. One Twitter user expressed how the producers could have used the album to celebrate Aaliyah’s influence on current Black artists. “Imagine having the opp to create a new Aaliyah album with an entire generation of women that were directly influenced (Ciara, Teyana, Tinashe, Normani, Jhene, CxH, H.E.R, Sevyn, etc.) but instead we get Snoop Dogg, Neyo, Future, CB, and a weird Weekend song...yikes,” they wrote.

Another tweet pointed out the lack of connection the singer has to her new collaborators, while others have criticized the ethics of posthumous albums entirely. And above all, fans of Aaliyah point out that some of the men involved with the posthumous record, have public histories of abuse or misogyny themselves.

Aaliyah was married to R. Kelly — who has since been convicted of sexual abuse — when she was only 15, and endured hyper-sexualization throughout her career. Though cut tragically short, her time in the music industry is marked by her record-breaking hits and lasting influence.

With or without Unstoppable, fans can continue to celebrate her legacy by listening to older tracks and enjoying the smooth pop-vocals we all know and love.