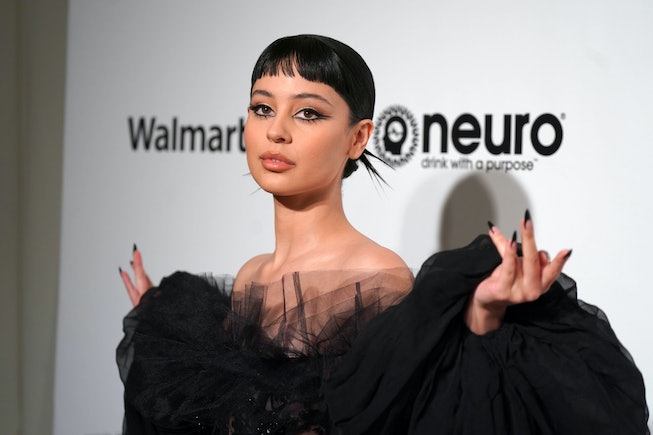 Alexa Demie has already proven herself to be one of the most interesting actors of our generation, jumping from one incredible role to another — whether she’s leading a slow-clap, dressed in an instantly covetable cutout one-piece body suit as the hopelessly-in-love cheerleader Maddy Perez in Euphoria or trying to support her struggling athlete boyfriend as she debates following through on an accidental pregnancy as Alexis in Waves. (Then, of course, there's that whole thing about her presence at almost every single major event in recent — and not so recent — history.) But now, the actress, who also sings and designs, is adding another skill to her resume: DJ. Over the weekend, Demie stopped by NTS Radio to share an hourlong mix of some of her favorite songs.

Described as "a selection of songs that healed me," the resulting mix masters an appropriately chilled-out vibe, focusing primarily on recognizable R&B and soul hits from the pre-aughts. Noticeable choices include Erykah Badu's seminal "Other Side of the Game," The Cranberries' "Dreams," Marvin Gaye's "I Want You," The Flamingos' "I Only Have Eyes For You," and The Beach Boys' "Don't Talk (Put Your Head On My Shoulder)."

It's not a far cry to say that this extremely laid-back assortment of oldies would most certainly not be the same mix her angsty Maddy character would create. But that's precisely why it's so nice to zone out to it, showing a whole new side to the actress, who will next be seen in Gia Coppola's Mainstream.

Listen to Alexa Demie's NTS Radio mix here and check out an Instagram post about it below.