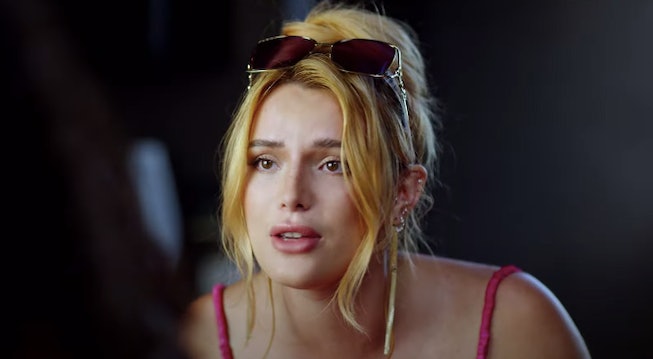 Are you being blinded by the light? Are your fears getting a little hungry? Well, you’re in luck. American Horror Stories, Ryan Murphy’s newish horror anthology series (not to be confused with his similarly-named, long-running, wildly popular FX hit American Horror Story), is inviting you to “step into darkness and feed your fears” in its rapidly-approaching second season.

Slated to premiere on Hulu starting July 21 (with new episodes rolling out weekly), the new season of American Horror Stories will follow in the footsteps of the first by telling a different spooky story in each episode (as opposed to multi-Emmy winner American Horror Story, which tells a different story in each season). Judging by the show’s new trailer, which dropped today, some of these stories will include: creepy life-sized “private dollhouses” (where “there is only one way out…and it’s not through any windows or doors”), bathtubs filled with murky water and strangely-colored arms, men sucking on blood-soaked hands, candles mysteriously going out, women getting stabbed in the driver’s seat, bandaged people rubbing blood around a white tiled floor, and a group of teenage girls who single out one of their peers for being scared.

There’s also The DUFF’s Bella Thorne promising a man that “there is not a serial killer that’s gonna stop me from doing my thing,” Oscar-nominated Precious star Gabourey Sidibe squealing about “something really weird happening,” Pose breakout Dominique Jackson struggling to break her hands out of a rope-knot, Love, Victor’s Nico Greetham freakily playing around with a kitchen knife, and Emmy-nominated New Girl star Max Greenfield laughing about someone else’s earnest belief in ghosts. (“Ghosts? I mean, come on,” he teases.)

Stacked, right? Well, always remember: “People are the most interesting right after death.”

Check out the trailer for American Horror Stories season two before it hits Hulu on July 21.