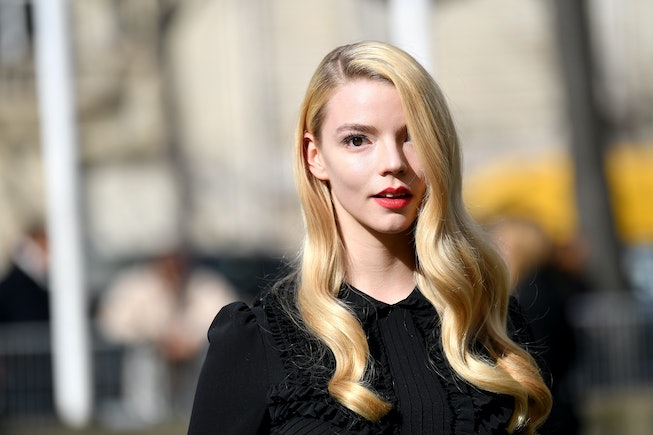 One of the biggest success stories of the year has been The Queen's Gambit, Netflix's seven-episode miniseries, adapted from Walter Tevis's novel of the same name, about an orphan who grows up to be one of the best chess players in the world. Written and directed by Scott Frank and starring Anya Taylor-Joy (in what could easily be an Emmy-winning role), the show has been praised for its exploration of gender politics and for its ability to make the monotonous game of chess actually come to life on screen. Just two weeks ago, the show, which boasts a flashy 99% score on Rotten Tomatoes, broke the Netflix record to become the streaming service's biggest scripted limited series in history, reaching more than 62 million households in its first 28 days of release. So it should come as no surprise that Frank and Taylor-Joy are already re-teaming for a new project: this one, an adaptation of Vladimir Nabokov's 1932 novel Laughter In the Dark.

Speaking on a recent episode of The Ringer's The Watch podcast, Scott Frank talked about convincing Netflix to let him make a show about a chess prodigy before opening up about some of his upcoming projects — including penning an adaptation of Maria Doria Russell's The Sparrow, directing a Sam Spade TV series starring Clive Owen, and working on a sequel to his 2016 novel Shaker. Of course, the biggest news came when he spilled the beans about his next project alongside Anya Taylor-Joy. "Then, the last thing that I'm gonna do, which is another book I've been dying to do, which will take me back to Berlin, is Nabokov's Laughter In the Dark," he said. "I'm going to do it with Anya. It's a great book."

For those who don't know, Laughter In the Dark centers on a middle-aged art critic named Albert Albinus who becomes obsessed with a 17-year-old aspiring actress named Margot Peters, eventually pushing his wife to leave him and move out of their shared house. Recognizing her power over Albert, Margot then convinces her old lover Axel Rex to help her, in an elaborate psychological scheme, to drain Albert of all his money. While the other roles have yet to be cast, Anya Taylor-Joy is already signed on to play Margot Peters.

During his podcast appearance, Frank went on to describe the upcoming adaptation as “a valentine to movies." As he told The Watch co-hosts Andy Greenwald and Chris Ryan, "I’m going to do it as a film noir. The book is more about art and paintings, but I'm going to make it more a movie within a movie. And it’s a really nasty, wonderful, little thriller.” Furthermore, he expressed his hopes to use the same crew he used for The Queen’s Gambit. So we can at least get excited about that.

In the meantime, let's revisit one of The Queen's Gambit's best scenes aka Beth spiraling on pills and booze.

NEXT UP
Culture
Phoebe Dynevor Will Not Return for Bridgerton Season 3
Culture
Succession Season 4 Trailer Explodes With Family Drama
Culture
The Biggest Revelations From The Price Of Glee Docuseries
Culture
11 Must-Read February 2023 Books
Style + Culture, delivered straight to your inbox.