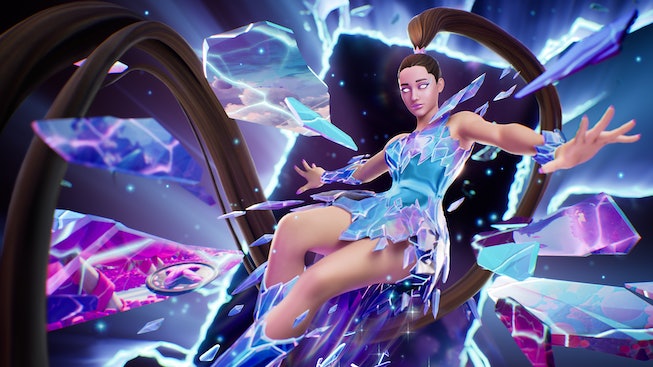 Ariana Grande is once again taking her music to the virtual stage. This weekend, the Grammy-winning singer will headline Fortnite’s Rift Tour in a “can’t miss musical journey.”

According to a release, the musical experience will pair popular tracks with moments based on elements of the games. When the concert begins, players can “travel side by side with their friends on a journey to new realities.” Fortnite also created a brand-new outfit inspired by the Positions singer, that players can switch into to celebrate.

The event will take place from August 6-8, 2021, and is free for Fortnite players. Those who don’t already have the game can download it on their Mac, Android, PC, Playstation 4 or 5, Xbox Series X/S, Xbox One, and Nintendo Switch. Participants do have to download Fortnite prior to the show, and it's suggested that players “jump in” an hour before it starts.

“Fortnite is a place for the imagination and the impossible. With the Rift Tour, we’re bringing a musical journey to life that players can experience, feel, and join alongside their friends,” says Phil Rampulla, Head of Brand at Epic Games. “We’re so grateful to have an iconic superstar like Ariana Grande and her team join us for a musical experience at metaverse scale, and for players and fans alike to experience the Rift Tour!”

Grande expressed her excitement, saying, “Working with Epic and the Fortnite team to bring my music to life inside the game has been so fun and such an honor,” and posted a teaser to her Instagram.

See below for the concert schedule.