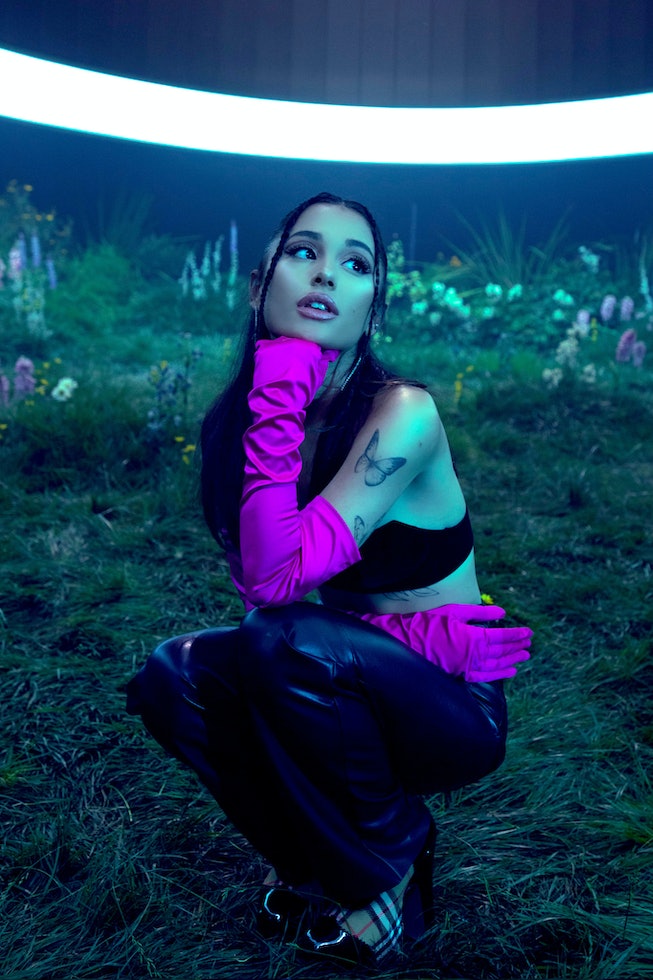 Ariana Grande has dropped the first video in a series of live performances the singer recorded of tracks from her 2020 album, Positions. The first performance video, of Positions track “POV,” can be viewed below and features Grande singing under a spotlight in a field of purple flowers.

This collaboration will be the first of many, as the recently married singer has partnered with Vevo to launch a live performance series this year. JP Evangalista, Vevo’s SVP of Content Programming, said, “We are so excited to release these exclusive video performances to Ariana’s fans. We’ve loved Ariana’s music for years, and it’s been such a privilege to watch her artistry grow and evolve.”

Vevo and Grande have worked together in the past to create live performances of songs from her 2016 album, Dangerous Woman. According to the streamer Grande is one of Vevo’s Top Ten Worldwide Most Watched Artists, and broke a viewership record with her “Thank U, Next” video in 2018.

Aside from her chart topping hits, Grande is known for her stunning artistic vision as seen in the music videos God Is A Woman and No Tears Left to Cry. This opportunity allows her to demonstrate that artistry live, without hosting a traditional concert. Though the setlist hasn’t been released, and we don’t know exactly which songs she’ll choose to perform down the line, Vevo has already expressed their excitement about her creative prowess.

“An immensely creative and collaborative artist is key to these visually stunning performances and Ariana embodies that — Her efforts translated beautifully onscreen,” said Evangalista. “We look forward to seeing her continue to blossom and hope everyone enjoys watching these.”

The Grammy winner has been posting teasers of her performance look on Instagram since Saturday. Today’s sneak peek features her squatting in a black two piece set, with satin purple gloves, while gazing off camera. According to a statement released by Vevo, this performance of POV is “rooted in the concept of duality,” and we can expect to have the singer serenade us under a purple light while walking through a field of flowers.